The updated sedan looks sharper and packs more poke than before 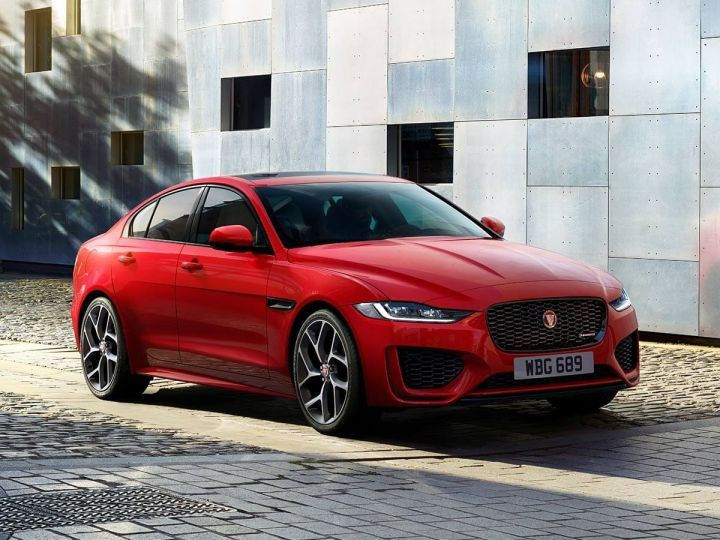 Jaguar unleashed the facelifted XE sedan globally back in 2018 and it is finally coming to India tomorrow. It will feature a host of cosmetic as well as performance enhancements. Here’s all you need to know about the Jaguar XE facelift.

The updated sedan will be lower and wider as well as receive design updates like narrower, sharper headlamps and redesigned bumpers. Other changes include a revised mesh grille and a new set of 20-inch alloy wheels. However, the India spec XE could get a smaller set of wheels due to our road conditions.

Jaguar has modernised the XE inside and it now gets two screens on the centre console. It consists of one wide infotainment display and one between the two climate control dials. It also gets a digital display that replaces traditional dials in the instrument cluster.  Other highlights include a wireless charging pad in the front console, driving mode selector and ‘ClearSight’ IRVM. This IRVM uses a wide-angle camera on the rear bumper, clever software and a frameless IRVM that doubles up as a display. It essentially gives the driver an unobstructed view of the rear. The screen can be turned off to function as a regular IRVM too.

The international model retains the same 2.0-litre Ingenium petrol and diesel engines as before. However, the top-end petrol variant gets a supercharger boost to develop 300PS/400Nm. We hope the more powerful motor, codenamed the P300, also makes it to the India-spec model. Aside from that we also hope Jaguar equips the India-spec XE with the reworked suspension setup from the international model.

We expect Jaguar to price the XE facelift at a premium over its predecessor. The current XE is priced in the range of Rs. 40.61 lakh to Rs 47 lakh (ex-showroom Delhi).

Once launched, the facelifted XE is expected to be a worthy competitor against the likes of the BMW 3 Series, Audi A4, Mercedes-Benz C-Class, and the Volvo S60.