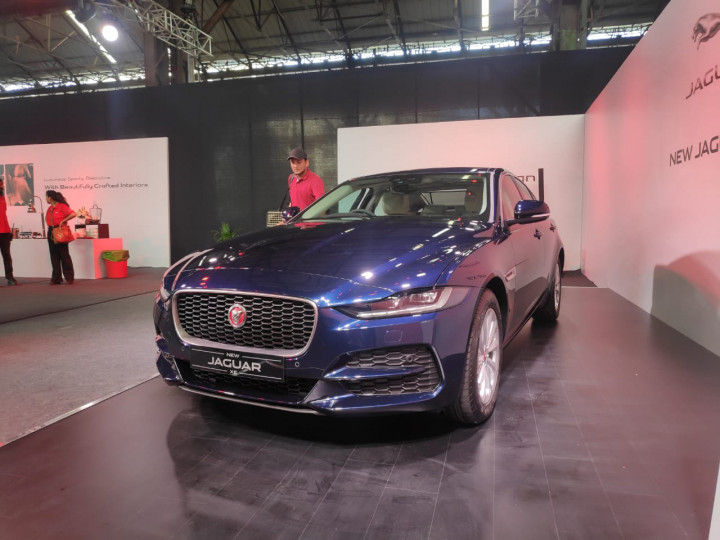 Jaguar has just launched the wider, meaner, and more modern 2019 XE sport sedan for India. Subtle exterior enhancements and new interior appointments have turned the XE from just another luxury sedan to the driver’s machine it was always meant to be. Two new engines are available: a petrol and a diesel. Prices for both start from Rs 44.98 lakh (ex-showroom, pan-India). The higher of the two trim levels, SE, costs Rs 46.33 lakh. The S and SE petrol variants are pricier by Rs 62,000 and Rs 10,000, respectively. Diesel S and SE are less expensive by Rs 8,000 and Rs 38,600, respectively. Bookings for the new Jag are open now, and it is ready to stir up old rivalries with BMW’s 3 Series. It will also compete with the Audi A4, Mercedes C-Class, and the ageing Volvo S60.

The XE features an exterior with seemingly sparse changes. But it gets redesigned headlamps, grille, taillamps, and bumpers. It is also wider than before. Jaguar has done away with chrome around the grille and the bumpers. The front bumper is similar in design to the previous-gen XE. Viewed in the profile, it is hard to notice any difference except the black surrounds on the fender vents. This is one pretty cat.

Inside, the first thing you'll notice is the dashboard's new design. The infotainment screen is 10.2 inches, and the HVAC controls sit neatly underneath. The India-spec XE does not get the TouchPro system, so no Velar-esque dual displays here. The gear selector, which used to be a dial, is now a proper stick. Jaguar calls it the SportShift selector. Analogue dials in the instrument cluster have been replaced with a 12.3-inch digital driver's display. The overall layout of the interiors is near-identical to the outgoing model. Yet, the new tech you get in here is enough to please any millenial you mayencounter.

The new Jaguar XE doesn’t claim to be a leap in design. But it represents several changes in automotive design which could stay for several years. The absence of chrome is an example, as are the low-set headlamps. We had some issues with the ill-damped suspension on the first-generation XE. But it seems like Jaguar hasn't jacked up the suspension for India, but instead fit higher-profile 17-inch wheels and tyres. Can this Jag still keep up with a 3 Series on a track? We can't wait to try it out.