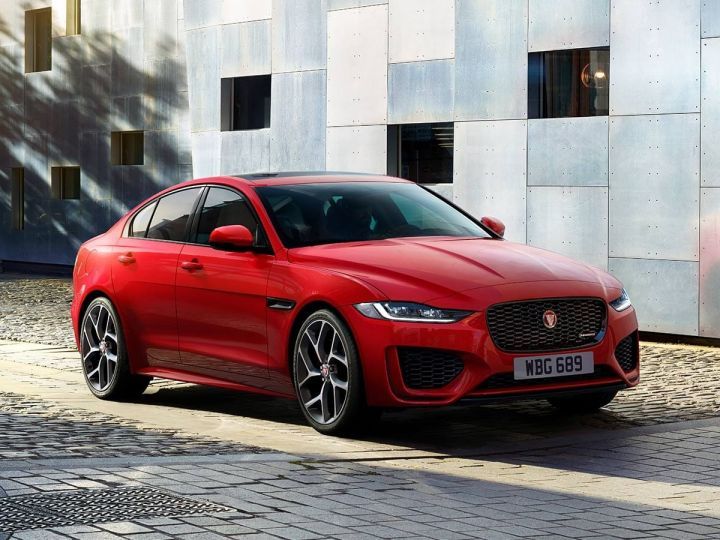 The facelifted XE was launched in international markets in 2018, and finally, it is coming to India. Jaguar has asked us to mark the date on our calendar when it will unveil the new XE sports sedan for India. The new car will come with modifications to make it better-looking on the outside and modern on the inside. We’ll only know come December if it will get a new, more powerful P300 Ingenium petrol engine. However, the suspension has been reworked to give the XE the ride and handling balance that its bigger siblings are praised for. While the current XE is priced between Rs 40.61 and Rs 47 lakh, we expect the new one to be priced higher. The XE is poised to be a worthy competitor to the BMW 3-Series, Audi A4, Mercedes C-Class, and the Volvo S60.

Jaguar launched the XE at the 2014 Paris Motor Show. Penned by Ian Callum, the XE was Jaguar’s answer to the BMW 3-series -- a driver’s car to beat the Ultimate Driving Machine. And it did, but not in sales numbers, and not in India. On our shores, the XE came with a bad road package -- raised ground clearance, poorly damped suspension and cramped rear seat dimensions -- which didn’t quite excite Indian buyers.

The facelifted XE promises to be better than the predecessor -- with independent suspension all-round. Adaptive dampers are available on top-spec internationally sold models. While the 3-series is getting bigger and the C-Class rounder, Jaguar has made the XE lower and wider. The better looks are a consequence of narrower, sharper headlamps and redesigned bumpers. The sedate and sober looks of the old car have given way to an adventurous, sharper design, which immediately sets the car apart in the parking lot.

New interiors have now been modernized for 2019 and will feature two screens on the centre console -- one wide infotainment display and one between the two climate control dials. A digital display will also replace traditional dials in the instrument cluster.

More than us wishing for the P300 engine, we hope that Jaguar (if they really must) will equip the India spec XE with a better suspension tune. The lithe exterior and modern interior appointments will be a welcome change to the most affordable Jaguar. They are also sure to drive up the price beyond the current XE’s entry-level Rs 40.61 lakh but priced right, the XE has the potential to give the mainland Europeans a run for their money.