The bigger, three-row Hyundai Creta could turn out to be a more potent alternative to aggressively priced mid-size SUVs such as the MG Hector and Tata Harrier 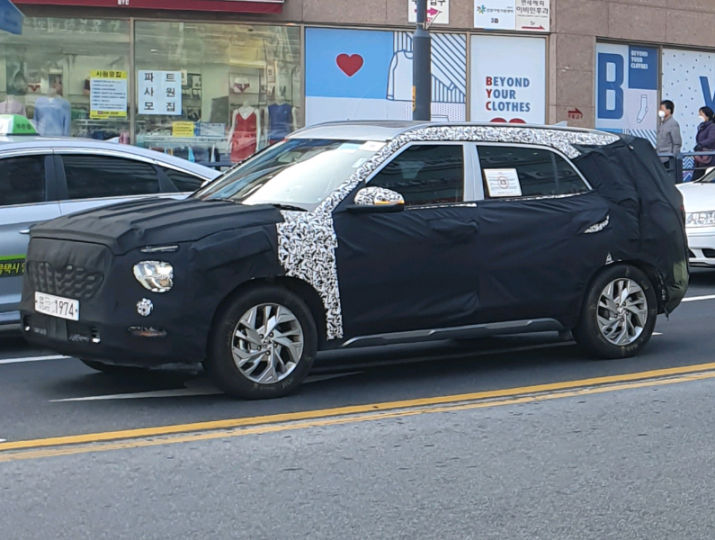 Despite the uncertainties caused by the pandemic, the new-gen Hyundai Creta, launched in March 2020, is off to a flying start. In fact, it has emerged as one of the highest selling SUVs in the country. In a bid to enhance its appeal further, Hyundai is likely to launch the more practical 7-seater Creta in the second quarter of 2021.

The three-row Hyundai Creta is an elongated version of the 5-seater SUV on sale right now. It could be christened the Alcazar as the manufacturer has trademarked this name in the country and classified it as an SUV. Moreover, Hyundai has been actively testing the 7-seater Creta in South Korea.

The interior, on the other hand, is likely to be similar to the 5-seater Creta and that’s no bad thing. Just like the standard Creta, the USP of the upcoming model could be its lengthy feature list. It should retain features from the standard model such as the 10.25-inch infotainment system with connected car tech, Apple CarPlay and Android Auto, a panoramic sunroof, a Bose sound system, a digital instrument display, ventilated front seats as well as powered driver’s seat. Safety should be covered by multiple airbags, front and rear parking sensors, electronic stability control, and a tyre pressure monitor.

The 7-seater Hyundai Creta could command a premium of Rs 1 lakh over the current model priced from Rs 9.82 lakh to Rs 17.32 lakh (ex-showroom). The bigger, three-row Hyundai Creta could turn out to be a more potent alternative to aggressively priced mid-size SUVs such as the MG Hector and Tata Harrier. It will also fight it out with other three-row, mid-size SUVs such as the MG Hector Plus, Mahindra XUV500 as well as the upcoming Tata Gravitas and 2021 Mahindra XUV500.