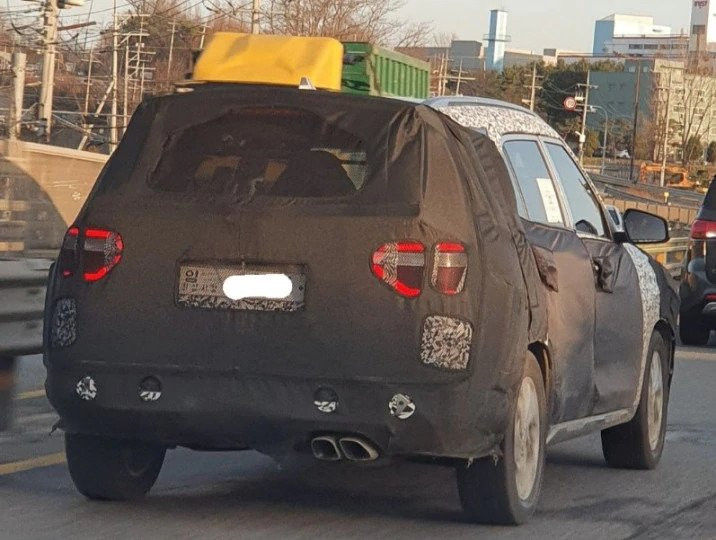 Hyundai has been working on a 7-seater iteration of the Creta SUV for some time, with test mules spied multiple times in South Korea. And now, the SUV has been spotted in India for the first time, revealing a little more than before. Here’s what’s new:

While the test mule is still covered in heavy camouflage, the front end features a distinct difference to its 5-seater counterpart. Instead of a slatted grille, the Creta 7-seater features studs for the front grille. Aside from that, the 7-seater Creta will get a revised rear-end with a different set of taillamps. The most obvious difference will be its overall length, which is likely to be 30mm longer than the 5-seater Creta (4,300mm). Also expect an increase in boot space (with the third-row down) from the standard model’s 430-litre capacity.

Under the hood, the 7-seater Creta could utilise the standard Creta’s 115PS/250Nm 1.5-litre diesel and 140PS/242Nm 1.4-litre turbo-petrol engine. That said, the 1.5-litre naturally aspirated petrol mill may not be included in the engine lineup. Expect the same transmission options in the form of a 6-speed manual/6-speed automatic for the 1.5-litre diesel engine and a 7-speed DCT for the petrol.

Hyundai is likely to launch the Creta 7-seater SUV by Q2 2021. In terms of pricing, it  could command a premium of around Rs 1 lakh over the standard model that retails from Rs 9.82 lakh to Rs 17.32 lakh (ex-showroom). Once launched, it could be a strong rival to the MG Hector Plus as well as the upcoming Tata Gravitas.