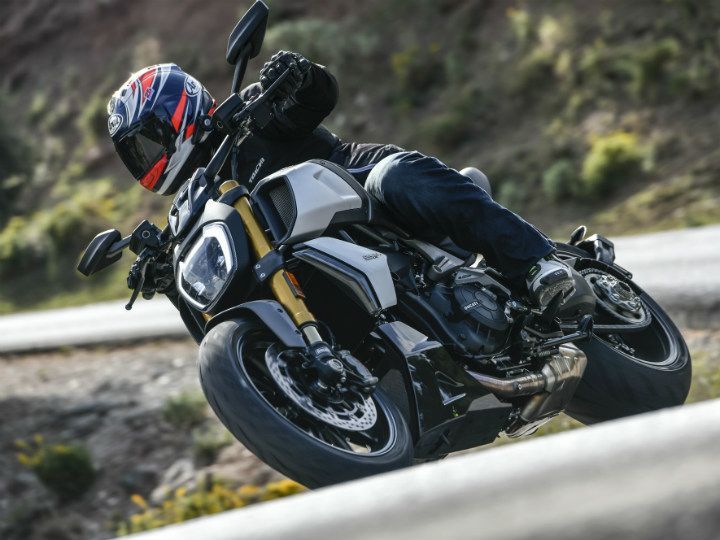 Ducati has been taking major strides with its entire model range in the past few years. The biggest overhaul in recent times has to be of the Diavel family as Ducati India will be bringing the updated Diavel 1260 on August 9. The muscular cruiser (much rather call it a muscular naked) packs a larger and more powerful motor with extra electronic goodies. We expect the bike to be priced from Rs 16 lakh onwards, with the loaded S variant costing an additional sum of Rs 2 lakh (all prices ex-showroom India).

Right from its global debut at EICMA 2018, the Diavel 1260 looks mighty ripped with extra bits to show off its new found aggressiveness. However, most of the bike still comes heavily doused in the colour black, making sure it fits the bill when it comes to looking pure menacing. Right from the neat LED lighting system to the brushed metal panels, the Diavel 1260 is sure to make heads turn.

Much like the Multistrada series, the Diavel’s engine too has been upgraded to the 1262cc L-Twin Testastretta motor that churns out a mighty 159PS and 128.8Nm. Most of this torque is available pretty lower in the rev range as the Desmodromic Valve Timing (DVT) allows for maximum optimisation of the engine’s capabilities.

Electronic aids such as three rider modes and an eight-level traction control system is pretty much standard on big capacity Ducatis. And you will be glad to find this bike kitted with wheelie control and cornering ABS too. Plus, we do not know where you would use this, but you also get three launch control settings!

There are no natural rivals to the Diavel 1260 as this bike kind of carves out its own niche in the Indian two-wheeler space. It has been quite a popular model in India and we are sure this bike will have just as many takers as the old one had.