Confused Between The Bajaj Pulsar 150 Neon And Pulsar NS125? Read This 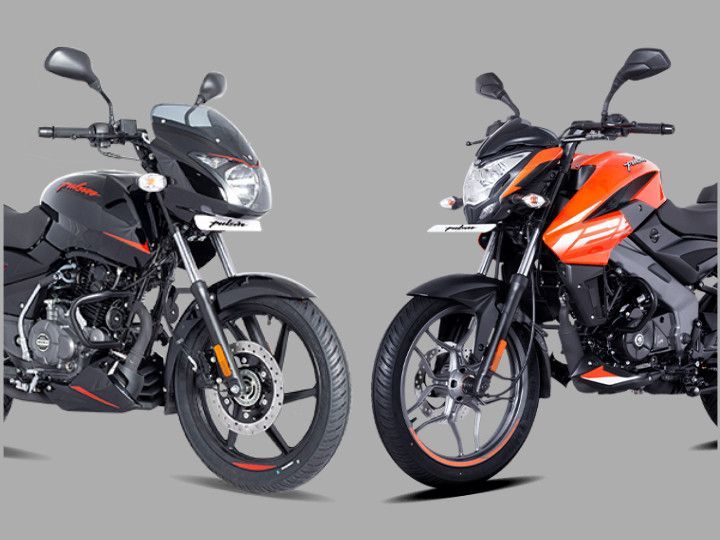 Bajaj surprised us with the launch of the smallest Pulsar in the NS family, the Bajaj Pulsar NS125. Sadly, it is priced at quite a premium for an air-cooled 125cc bike. At Rs 93,818 (ex-showroom Delhi), it is just Rs 2,118 less expensive than the bigger-engined, more powerful Bajaj Pulsar 150 Neon, which retails at Rs 95,936, all ex-showroom Delhi. So which one’s appropriate for what kind of rider? We decode:

The Bajaj Pulsar 150 Neon’s 149cc air-cooled fuel-injected engine is the most powerful in its class. The motor churns out a healthy 14PS, making it even more powerful than the Honda Unicorn BS6 with the 162.7cc engine, by 1.09PS. It also trumps the sportier-looking 149cc Yamaha FZ-S FI by a whole 1.63PS. Compared to the Bajaj Pulsar NS125, the Pulsar 150 Neon is more powerful by 2.01PS and torquier by 2.25Nm, a no-brainer considering its larger powerplant. The peak torque of the Pulsar 150 stands at 13.25Nm, a respectable figure considering it is just under 1Nm less than the Honda Unicorn’s as well as Yamaha FZ-S Fi’s torque outputs.

The Bajaj Pulsar 150 Neon may look a bit too long in the tooth but for its target customers, this isn’t necessarily a bad thing as its familiarity factor ensures its timeless appeal. It is also quite practical thanks to the single-piece seat, raised clip-on handlebars (for comfortable ergonomics), and a generous 15-litre fuel tank (for ample range). Moreover, you get the safety of a single-channel ABS, which isn’t present in the Pulsar NS125.

All in all, if you’re a true Pulsar enthusiast who wants a sporty commuter with decent performance and practicality, the Pulsar 150 Neon is a great option. It is also the most affordable 150cc bike in India, undercutting the only other alternative, the Yamaha FZ-Fi, by a whole Rs 8,764.

Bajaj Pulsar NS125: Buy If You’re Looking For A Modern Baby Pulsar With Looks That Can Kill

The Bajaj Pulsar NS125’s new electronically carburetted 124.45cc single-cylinder air-cooled engine produces 11.99PS and 11Nm. This is over 1PS more powerful than the other air-cooled 125cc rivals, such as the Hero Glamour 125, Hero Super Splendor, Honda SP125, and the Honda Shine, all of which make 10.8PS, with the exception of the Shine, producing 10.7PS. And at 11Nm, the motorcycle’s peak torque is on par with the Shine. The Honda SP125 is slightly less torquey at 11.9Nm whereas the Glamour and Super Splendor from Hero MotoCorp make 10.6Nm.