Is This The New “Fastest Indian” In Bajaj’s Lineup?

We’ve got our first ever sighting of the upcoming Pulsar 250F, replacement of the 220 F! 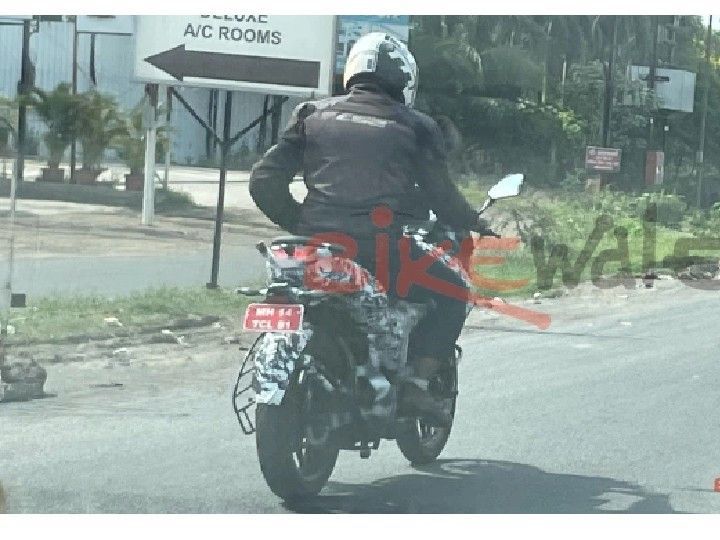 There’s been a sighting of what looks like the Pulsar 250’s faired version, the Pulsar 250F. The naked Pulsar 250 was first spotted in February, followed by the confirmation that the bikemaker was working on a new 250cc spec motorcycle. Without further ado, let’s break down the latest test mule:

Firstly, the biggest surprise here is the test mule’s half-fairing. Now, this means two things. One, that this will replace the legendary “Fastest Indian,” the Pulsar 220 F; and second, Bajaj will probably introduce two variants of its 250cc bike: a naked and a faired. This doesn’t come as a surprise since Bajaj already did this with its Pulsar 220 and 180.

Everything from the fuel and beyond is the same as the naked version. We particularly like the short, blacked out exhaust that looks more premium and better integrated with the rest of the body than the current Pulsars.

Another interesting bit to note here are the new clip-on handlebars. It's similar to what we see on the Pulsar RS200 and should result in a sporty yet pretty upright riding stance. Moreover, this variant seems to have split seats rather than a single-piece seat.

Apart from all this, the mechanicals seem the same as what we saw in the previous sighting. We expect the 250 to pack an all-new 250cc single-cylinder engine making more power than the 220 F. That said, one shouldn’t expect it to be as lively as the NS200, since this will be more commuting-oriented. As for underpinnings, we can see a conventional telescopic fork and single discs at both ends, similar to the previous test mule. Also, the Pulsar 250s will employ a monoshock at the rear, a first for the standard Pulsar range.

Lastly, the 250 could finally modernize the Pulsar lineup. An LED taillight, LED indicators and a dual-channel ABS are clearly visible in the new pictures. And if Bajaj throws in a digital instrument cluster too (similar to the Dominar 400), it’d surely lift the “outdated” tag from the Pulsars.

We expect Bajaj to launch the bike in a few months, pricing it at around Rs 1.3 lakh, making it one of the most affordable 250cc bikes in the country.