2021 India-bound Hyundai Elantra Teased Ahead Of Its World Debut

The carmaker will unveil the sedan on March 17 at West Hollywood, California 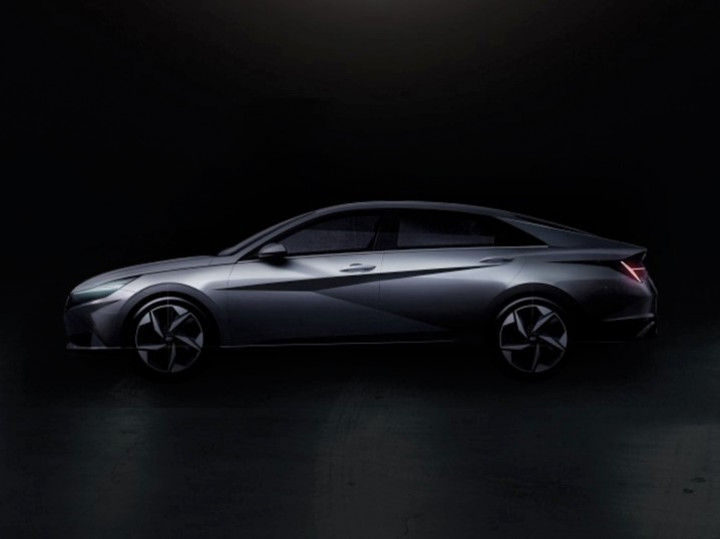 Yes, it hasn't been long since we got a facelifted version of the Hyundai Elantra. But, from what appears now, Hyundai is readying the next-generation Elantra which will break cover on March 17 at a private event in West Hollywood, California.  Although most of the relevant details are under wraps, Hyundai has teased the 7th generation sedan through a video, revealing some design highlights.

The teaser only gives you a brief glimpse of the upcoming sedan. But it is obvious that the new Elantra is much sharper than its predecessors with its new ‘Parametric Dynamics’ design language . The design features angular lines, the most prominent one being the sharp and rising shoulder line. Up front, there’s a huge cascading grille with a sleek set of headlamps. The rear end gets a full length tail lamp that runs across the boot lid, very similar to the one we’ve seen in the Kia K5 Optima sedan. Hyundai says the new Elantra will be a “sporty four-door-coupe look with longer, lower and wider than ever proportions.”

Meanwhile, Hyundai has also teased the cabin through a design sketch. We really dig the cabin design as it features a minimalistic design approach with contrasting black and white upholstery with a small hint of red. Other highlights include a four-spoke steering wheel and a big instrument cluster that merges seamlessly with the floating infotainment system.

Hyundai is yet to reveal the powertrain options for the next-gen Elantra. The sedan in India is currently offered with the sole option of a BS6 2.0-litre petrol engine. This engine produces 152PS and 192Nm and comes mated to either a 6-speed manual or a torque converter unit.

There is no confirmation as to when the new Elantra will debut in India. But it is safe to expect a launch in 2021. Currently the Elantra retails for a price tag ranging between Rs 13.82 lakh and Rs 18.92 lakh (ex-showroom Delhi). Some notable rivals are the Skoda Octavia, Volkswagen Jetta, Honda Civic and the Toyota Corolla Altis. The Elantra first came to India in its third-generation iteration in 2004. Hyundai skipped the fourth-generation for India and offered us the fifth generation which later made way for the sixth generation Elantra and its current facelifted version.