The EcoSport’s MY2021 lineup gets a feature rejig, making it an even more tempting proposition now 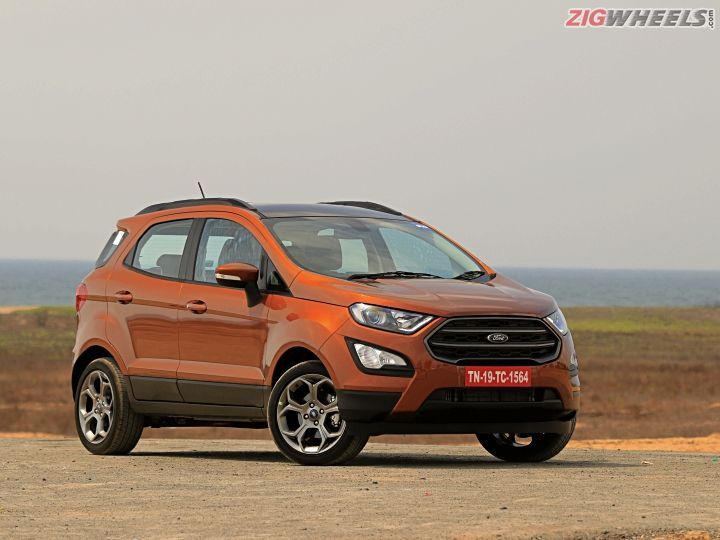 Ford has given the EcoSport, one of the oldest sub-4 metre SUVs in its segment, an update to make it more relevant in 2021. Mind you, it’s just a feature rejig and there are no changes to the SUV’s design. The good news, however, is that prices have been reduced.

The EcoSport is now affordable by up to Rs 40,000, though the Ambient diesel variant’s price tag remains unchanged. The Titanium petrol variant has seen a Rs 1,000 price increase.

The main update in the MY2021 EcoSport is the addition of a sunroof, a feature that was earlier limited to the top-spec Titanium+ and Sports trims, to the mid-spec Titanium variant. Ford says the Titanium+ variant will receive ‘an exciting update’ soon. We suspect it to be the return of the turbo-petrol variants that will utilise Mahindra’s new 130PS 1.2-litre turbo-petrol engine.

Apart from the feature rejig, the EcoSport remains unchanged. It’s currently offered with a 100PS 1.5-litre diesel and a 122PS 1.5-litre petrol motor. Both engines are offered with a 5-speed manual transmission while the petrol unit can be had with a 6-speed torque converter automatic.

The Ford EcoSport, of late, has been facing tough competition from newcomers such as the Kia Sonet, Hyundai Venue, Tata Nexon, Maruti Suzuki Vitara Brezza, and the Nissan Magnite. With the latest price cut, however, it now makes for a more tempting case than ever.