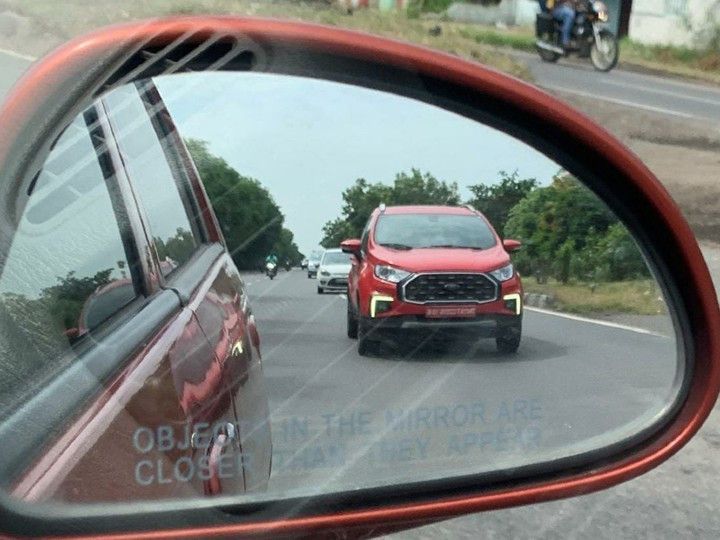 The Ford EcoSport has been the longest running sub-4 metre SUV in India without a generational update, and it is no secret that another facelift is on the cards for it. This new update has once again been spied, this time without any camouflage, revealing its design.

Apart from the changes to its fascia, the EcoSport will get a new dual-spoke machined alloy wheel design. We also expect a new golden colour option to be offered with the SUV. It has been spotted in previous spy images of the EcoSport. The interior of the SUV hasn’t been spied until now, but we are not expecting any big changes except for a few additional features. In terms of design, the most we expect is a new colour for the upholstery.

However, we are expecting a mechanical change for the 100PS 1.5-litre diesel EcoSport. Ford could choose to offer it with a 6-speed manual transmission, instead of the five speed it does currently. This would boost the EcoSport’s fuel efficiency on the highways. We expect no changes on the petrol front (1.5-litre naturally aspirated engine making 122PS mated to a 5-speed manual or 6-speed automatic).

Ford is expected to launch the new EcoSport soon, and we don’t expect a significant premium over the current model. For your reference, the current model retails between Rs 8.19 lakh to Rs 11.69 lakh (both ex-showroom).