The ‘SE’ variant will not get the tailgate-mounted spare wheel, a distinctive trait of the EcoSport 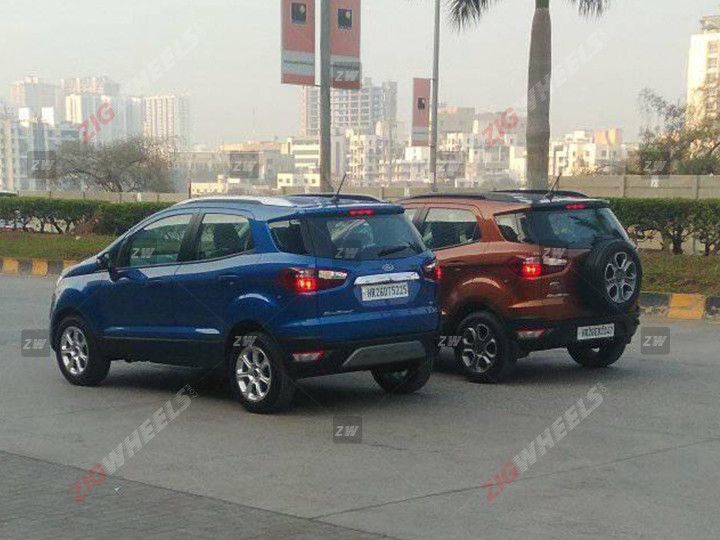 If a recent spy shot is anything to go by, a new EcoSport variant without the tail-mounted spare wheel could be launched in India soon. Named ‘SE’ (after its European and American counterparts), the new variant was spotted alongside the standard version in what appears to be a commercial shoot.

The tailgate-mounted spare has been one of EcoSport’s most distinctive traits. Now, the ‘SE’ variant will see the number plate shifted to the tailgate. It will also get a chrome slat just above the number plate housing and a faux skid plate on the rear bumper. Having done away with the spare wheel, the EcoSport ‘SE’ could now offer a puncture-repair kit instead of the full-size spare tyre.

Under the hood, the ‘SE’ will get the same 1.5-litre petrol and diesel engines producing 122PS and 100PS respectively. Both the units come mated to a standard 5-speed manual gearbox.  The petrol motor also gets the option of a 6-speed torque converter.

While there is no mechanical change, the new variant could get a few tweaks in terms of features. However, it remains to be seen whether there would be any addition to those of the standard model.

The ‘SE’ variant’s pricing is expected to be similar to that of the current model, which retails from Rs 7.99 lakh to Rs 11.49 lakh (ex-showroom). The sub-4m SUV will continue to compete with the Renault Kiger, Nissan Magnite, Kia Sonet, Hyundai Venue, Mahindra XUV300, Tata Nexon, and the Maruti Vitara Brezza.