Why Isn’t The Ford EcoSport In India A Proper Dual-tone Offering Yet?

Despite being offered with a black roof, it's not as ‘two toned’ as its international counterpart 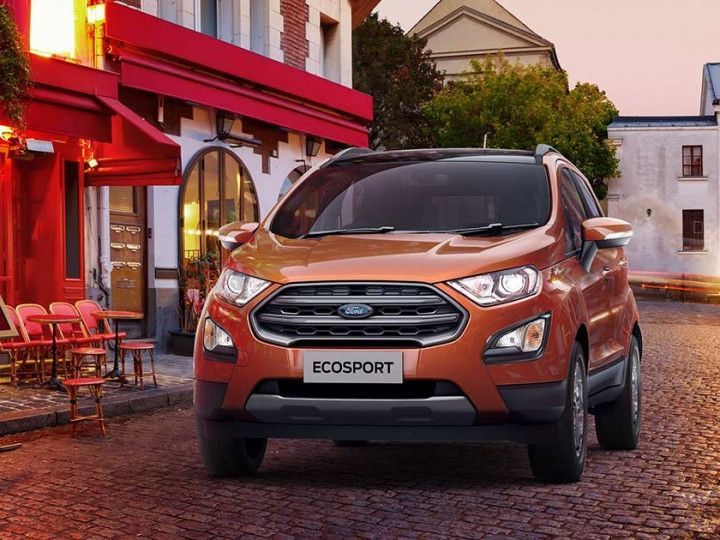 A long running product in India, the Ford EcoSport has undergone several updates since its launch in 2013 but there’s still one thing missing in the sub-4 metre SUV: a proper dual-tone option, which is present in rivals Renault Kiger, Tata Nexon, and Maruti Vitara Brezza.

Sure, the model sold here does get a black roof limited to the top-spec ‘S’ and we also had the Thunder Edition that added a black decal on the bonnet  as well. But, neither of these really count as a full-fledged dual-tone option. On the other hand, the EcoSport sold abroad does get a proper dual-tone body shade with contrast colours extending to the pillars and the ORVMs. Heck, the Euro-spec model also gets a black shade with orange dual tone, a trendy colour combination for the sub-4 metre SUV.

So the one here not getting a proper dual-tone option is surprising considering the model is exported from the plant in Chennai to many international markets, including North and South America.

There is a silver lining to this, though, as Ford India recently launched the SE variant, which comes without the tail-mounted spare wheel. This body style was already offered as an option abroad before being introduced in India. Since the carmaker doesn’t seem to have plans for a generation update in the near future, and has been constantly making minor revisions to the EcoSport, we can hope for a proper dual-tone option in India soon.

It is currently priced from Rs 8.19 lakh to Rs 11.69 lakh (ex-showroom) and takes on the likes of the Nissan Magnite, Kia Sonet, Mahindra XUV300, Toyota Urban Cruiser, and the Hyundai Venue.