It receives cosmetic and mechanical updates 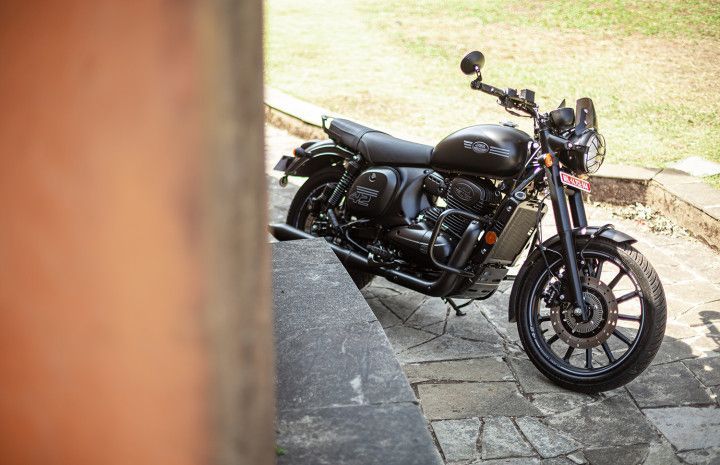 Classic Legends has expanded the Jawa portfolio by launching the new 42 2.1 in India today. A variant under the Jawa 42 family, the new bike receives cosmetic updates and a whole range of accessories. With this addition, there are three variants of the 42 on sale - single-channel ABS, dual-channel ABS and the 2.1. The Jawa 42 2.1 is also the first Jawa bike to feature alloy wheels as a factory fitment.

The first thing you will notice are the three new colour options: Orion Red, Sirius White and Allstar Black. Also, the new bike receives a Stealth Black theme and alloy wheels that make it look sportier. It also gets other distinct visual elements in the form of bar-end mirrors and an off-set racing stripe. Jawa will also be offering accessories such as a smoked windscreen, headlight grill, engine guard, saddle bags, and a grab rail. The switchgear has also been redesigned and has controls for two trip meters. The seat foam is now denser for added comfort during long hours on the saddle.

On the mechanical side, the bike is powered by the same 293cc single-cylinder liquid-cooled motor as seen on the previous bike. However, Jawa engineers have managed to extract slightly more power with the powerplant now delivering 27.33PS compared to the 26.51PS by its predecessor. It continues to sport a 6-speed transmission. The Jawa BS4 delivered 36kmpl fuel efficiency on the highway and 40kmpl in the city and we will be soon testing the BS6 bike to find out the difference.

In other news, Royal Enfield has launched the updated Himalayan, it comes with a hefty price hike. How much more will you have to pay?

Quite a lot to be honest. As we said before, the 42 2.1 is more of a variant and not an all-new motorcycle. Underpinnings have remained unchanged, however, dual-channel ABS comes as standard on the new 42 2.1. Seat height is the same, at 765mm, and it weighs 172kg, making it one of the lightest motorcycles in its segment.

What Should Have Been changed?

We feel Jawa has been rather conservative with the styling of the 42 2.1, instead of using this opportunity to go bold with a distinct design. It could have added modern elements such as LED lighting, Bluetooth connectivity, navigation assist, and a more comprehensive instrument console with details like a gear position indicator, range, and real-time fuel efficiency.

The updates made by Jawa are in the right direction and the 42 2.1 does stand out in its portfolio. The inclusion of alloy wheels not only adds to its visual appeal, but also brings about the practicality of tubeless tyres. We would have loved to see some more modern elements on the bike and wished Jawa had been a bit bolder. The pricing, though, is on the higher side. A premium of Rs 3,000 would have been fair for these revisions. 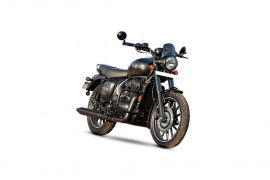