Honda’s Keen To Get You Cafe Racing Soon! 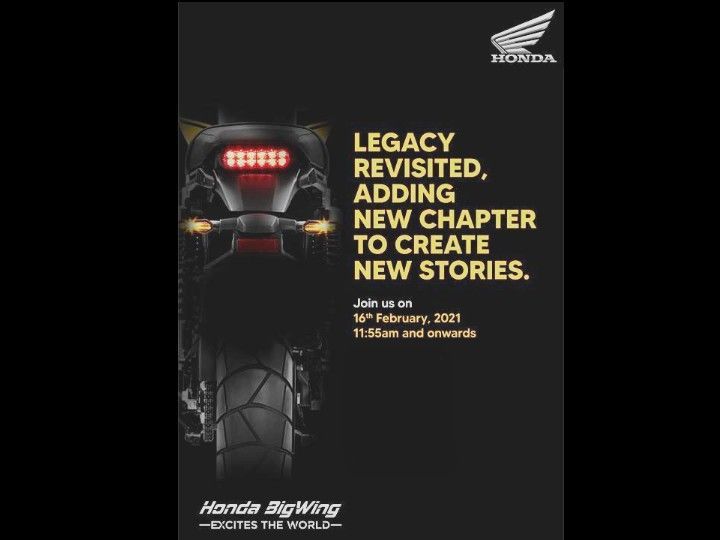 Honda is prepping for a new bike launch, something that will be using the CB350 as a base. While we initially thought it would be an urban scrambler of sorts, the latest teaser video hints towards a cafe racer. Think of it as the Continental GT 650 to the base Interceptor 650, Honda trying to emulate Royal Enfield in the 350cc space.

This premium cafe racer, which could be called the CB350RS if rumours are to be believed, will be a premium alternative to the CB350. We guess it will be priced around Rs 2.10 lakh (ex-showroom Delhi). Unfortunately, it seems that this new bike will also be sold only via the premium Honda Big Wing dealerships.

Majority of the bike is likely to remain the same. Just like the Continental and Interceptor, we expect small changes to the riding ergonomics. The single-piece handlebar might be replaced by clip-on bars with slightly rear-set footpegs completing the racy stance. Even the alloys hint at a sportier motorcycle. The only confusing bit remains the block pattern MRF Zapper Kurve tyres.

Engine tune is unlikely to change, the 350cc thumper producing 21PS and 30Nm. What impressed us highly about this engine is its refinement. It is one of the smoothest engines of its class with an extremely light clutch, one that could be operated by just the pinky finger, although we wouldn’t advise you to do that.

Are you excited about the prospect of a 350cc Honda cafe racer, or do you think that the urban scrambler would have been the better choice for India? Do let us know in the comments or on our social media channels. And stick around for February 16 for when we bring you all the dope on the new Honda cafe racer.