It gets aesthetic and practical tweaks that enhance the overall package 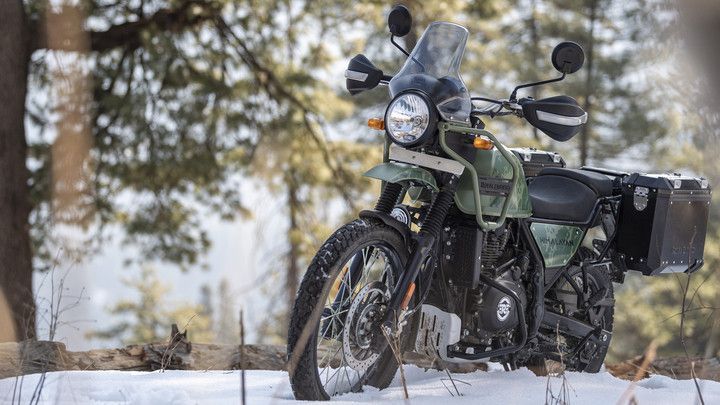 It’s safe to say the 2021 Royal Enfield Himalayan has been in the news quite a lot of late thanks to repeated spy shots. Putting all speculations to rest, Royal Enfield has launched the 2021 Himalayan from Rs 2,01,314 (ex-showroom Chennai). That’s a premium of Rs 9,913 over the previous model which recently received a price hike.

Over the years, Royal Enfield hasn’t really updated the Himalayan much with the only major change coming in during its BS6 update with the introduction of switchable ABS. However, it seems this just might be the biggest update we have seen for the Himalayan since its launch.

Aesthetically, the 2021 Himalayan doesn’t look too different from the previous model. It retains its rugged design elements and looks like an ADV from every angle. The only key change in this aspect is that the Himalayan is now available in three new paint options: Pine Green, Mirage Silver and Granite Black, besides the existing Rock Red, Lake Blue and Gravel Grey. The Mirage Silver colour option gets a tan brown seat. That said, the addition of LED lighting and a few other noticeable changes would have improved the package.

Royal Enfield has paid attention to the little things, though. The Himalayan’s seat now gets high-density foam to aid long stints on the road which were previously a tad uncomfortable. Besides, the tank braces have been updated to make the motorcycle more comfortable for taller riders and the tail racks have been redesigned to enhance sturdiness. The windshield is taller than before to tackle wind blasts and did we mention, it looks better too!

Everything aside, the biggest change here is the inclusion of RE’s Tripper Navigation pod which debuted on the Royal Enfield Meteor 350 and was instantly appreciated. It looks slightly out of place, though, but it is a perfect addition to the Himalayan’s cockpit as it makes exploring uncharted territories easier.

As for underpinnings, no changes have been made. The Himalayan still uses the same 41mm telescopic fork, offering 200mm of travel and a monoshock with 180mm of travel. The braking setup comprises a 300mm disc up front and a 240mm disc at the rear, with a dual-channel ABS (switchable).

The Himalayan was already BS6-compliant, so it continues to use the same 411cc single-cylinder motor which churns out 24.31PS and 32Nm. So, the question everyone’s going to ask here is whether the new Himalayan justifies the almost Rs 10,000 hike. Well, we think it comes quite close. However, if RE had thrown LED lighting into the mix, it would have been a different story.