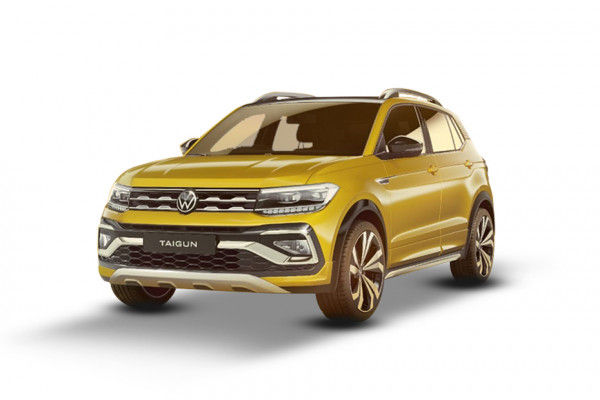 Volkswagen unveiled a 90 percent production spec Taigun compact SUV at the Skoda Auto Volkswagen India Media Night. It is VW's first SUV under the India 2.0 strategy, and is built on the MQB-A0-IN platform. It looks smilar to the China spec T-Cross, but is longer at 4.26 metres. Interiors are likely to include a large touchscreen infotainment system as well as a digital instrument cluster Under the hood, the Taigun could be powered by a BS6-compliant 1.0-litre TSI turbo-petrol mill good for 115PS of power and 200Nm of torque.

It made its debut alongside its sibling, the Skoda Vision IN. It is likely to be launched around 2021 in a price range of Rs 10 lakh to Rs 15 lakh (ex-showroom India). It will go up against the Hyundai Creta, Kia Seltos and MG Hector post launch.

Volkswagen Taigun is going to launch in India with an estimated price of Rs. 10.00 lakh