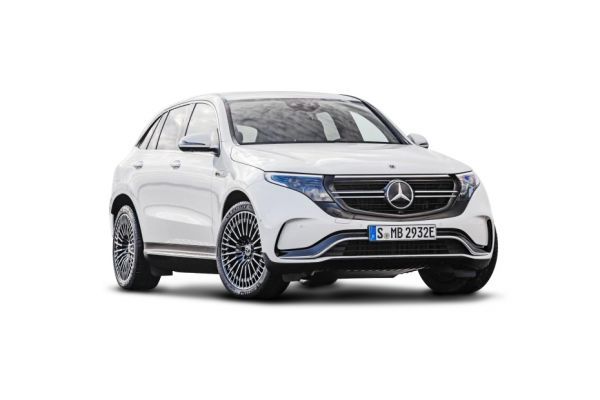 Mercedes-Benz has revealed the EQC electric SUV in India at its EQ brand launch event. The EQC could take the title as India’s first EV when launched in April 2020. The EQC utilises twin electric motors that develop a combined output of 408PS of power and 760Nm of torque. It draws power from an 80kWh battery pack and has a claimed range of 445-471km. It also supports fast-charging capability and can juice the battery from 10-80 per cent in 40 minutes.

The Mercedes-Benz EQC is expected to be priced from Rs 1 crore. When launched, the electric SUV will lock horns with the upcoming Audi e-tron and Jaguar i-PACE.

Mercedes-Benz EQC is going to launch in India with an estimated price of Rs. 1.00 crore

- Mercedes EQC went on sale in global markets in 2019 - Mercedes-Benz India to launch EQC in - EQC has a travel range of around 450km Mercedes-Benz India has unveiled the EQC pure electric SUV. It is powered by an 80kWh lithium-ion battery pack and offers all wheel drive with one electric motor on each axle. The EQC has claimed range of around 471km. The EQC produces 408PS of power and 765Nm and goes from 0-100kmph in 5.1 seconds. It’s not just about the electric powertrain though, as the EQC has cool features like climate control, LED headlamps, heated and powered seats, and dual 10.25-inch screens. Know More on Mercedes-Benz EQC Electric SUV: https://www.zigwheels.com/newcars/Mer... For more details and video reviews of the latest cars/bikes, do subscribe to ZigWheels: https://bit.ly/2T1LJD2 #Zigwheels #MercedesBenz #EQC