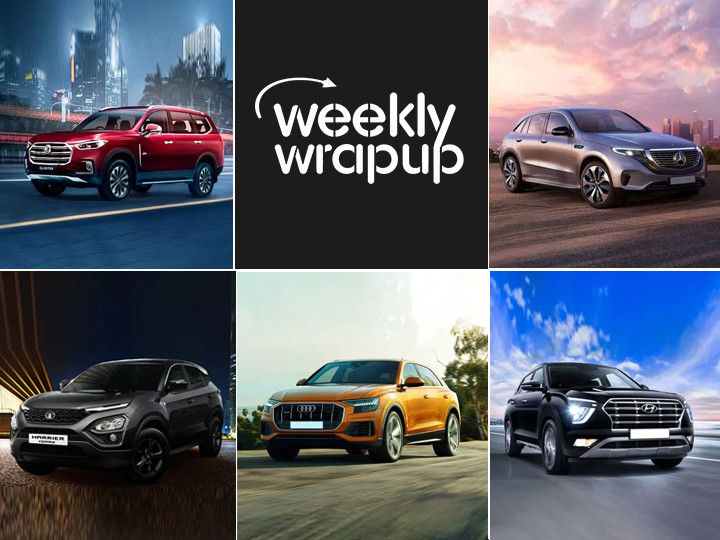 The past seven days were action packed in the Indian four-wheeler world. Four new launches and one important announcement are the gist of what happened over the past week. Here are the news that made headlines:

MG Motor India has launched the Gloster, its flagship SUV in the Indian market. The Gloster is a full size SUV that rivals the Endeavour, Fortuner and Alturas G4. It’s late to the party but tickles your fancy with level-1 autonomous driving tech. But does it undercut its rivals in terms of pricing? Find out here.

Mercedes-Benz has launched the EQC electric SUV in the country. It also takes the title as ‘India’s first luxury EV’. The EQC is based on the GLC SUV and features quite similar looks. But what about the technical specifications and pricing? Click here for a detailed report.

We were the first to report about the stealthy all-black theme being introduced in the Harrier’s lower-spec XT and XT+ variants. This colour scheme was earlier limited to the top-spec XZ and XZ+ variants. Find out the prices of these newly launched variants here.

Audi Q8 Gets A Mega Price Drop This Festive Season

Audi India has launched the Q8 Celebratory edition this festive season. It is the entry point to the Q8 and misses out on niceties such as adaptive air suspension, Bang and Olufsen sound system, rear-wheel steering and larger alloy wheels. But it still packs all the necessary kit and costs way less than the standard model.

Introductory pricing time for the new-gen Hyundai Creta has come to an end. But the base-spec variant is more affordable than before as Hyundai has launched the base-spec E variant with the 1.5-litre petrol engine lineup. Prices and details right here.