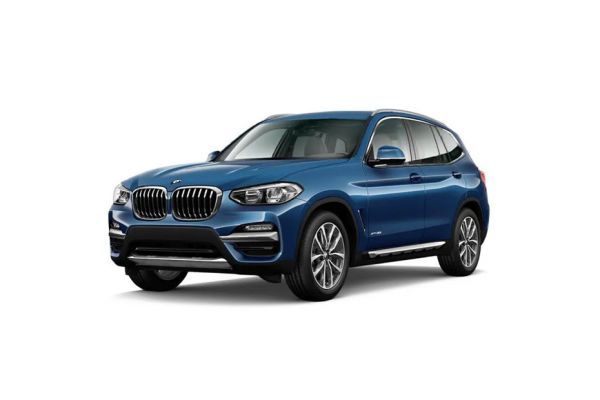 The new BMW X3 is a stunner. It borrows a lot of design cues from its larger sibling, the X5, however, the designers have managed to stretch the sheet metal and carve a well-proportioned, stylish SUV that boasts of quintessential BMW genes. It has a strong muscular stance, sits well on its wheels and has a wide purposeful sporty look. The X3 does its job of being a brilliant premium midsize luxury SUV with a distinctly sporty attitude on the road.

There are two engines on offer - one diesel and one petrol. The diesel engine is a 2.0-litre, 4-cylinder, turbocharged unit developing 190PS @ 4000rpm and 400Nm @ 1750-2500rpm. The petrol engine, on the other hand, is a 2.0-litre, 4-cylinder, twin-scroll turbocharged unit developing 252PS of maximum power and 350Nm of torque @ 1,450-4,800rpm. Both the engines are paired to 8-speed automatic transmissions and are offered with the xDrive AWD system as standard. BMW claims the xDrive30i has a claimed mileage of 13.32kmpl. On our test of the xDrive20d, we found the 2.0-litre diesel to be fairly efficient, returning 11.57kmpl in the city and 18.25kmpl on the highway. In our performance runs, it managed the sprint to 100kmph in 8.25 seconds and came to a stop from the same speed in just 36.28 meters. It’s fairly refined too and idles quietly, without any vibrations. In comfort mode it’s nice to drive around town but while sport quickens up throttle response, it also highlights the sudden surge in torque at around 2000rpm. We expect the xDrive30i to be more exciting to drive and also hope that BMW answers people’s prayers and bring in the Xdrive30d 3.0-litre diesel as an option as well. It also rides fairly well on the road with the adaptive dampers on the Luxury Line do allowing you to soften the ride for comfort. But the forte of the new X3 with its perfect 50:50 weight distribution is its excellent handling. It has excellent manners when driven hard, with lots of grip and great stability both around corners and in braking.

The X3 looks like a shrunken X5, which is a good thing or a bad thing depending on how you look at it. There’s no denying that the X3 looks grown up, and that’s not all down to the bigger dimensions. The larger headlamps with the new all-LED lighting, larger and more upright kidney grille, larger squared wheel arches and bigger taillamps add to the mature look.

Luxury quotient inside the new X3 has been taken to the next level too. The use of leather all around, along with better, well-weighted plastic buttons and other high quality materials make the X3’s cabin a luxurious place to be in. The all-digital instrument cluster and the wide standalone central multimedia screen also add to the premium feel on the inside. The massive panoramic sunroof also helps brighten things up in the cabin. A 50mm increase in wheelbase has ensured that the X3 doesn’t feel cramped in any way. The X3 is still a two-seater at the rear as the transmission tunnel and the air con vents do intrude into people space, but passengers will like the fact that the seats can be reclined. There is also dedicated climate control with floor and central air vents too. Boot space is a generous 550 litres and the boot capacity can be increased to 1600 litres, thanks to a 40:20:40 split-folding rear bench.

Mercedes-Benz GLC : The GLC is that rare SUV that perfectly blends style, comfort, luxury, drivability and off-road capability. It may not be exciting, but it is very well packaged and built to be an all-rounder, something it does phenomenally well.

Audi Q5 : The Q5 is the latest SUV from the company to sport its new design philosophy. The diesel engine is quite and smooth, the suspension is supple in spite of not getting adaptive dampers, and the cabin is now more spacious. The Q5 also exudes a no-nonsense, do-it-all attitude like the Mercedes-Benz GLC.

Land Rover Discovery Sport : The most off-road capable SUV in this segment, the Land Rover Discovery falls short in terms of performance and the luxury factor. It is a great on-road handler too, but that comes at the cost of ride comfort on anything apart from a smooth road. We wish it had more powerful engines though.

Volvo XC60 : A good looking Volvo is not an exception anymore, the XC60 is a testament to that. It also sets itself apart with the only radar-based city safety and driving assist system in the segment, a brilliant music system, massaging seats and air suspension. You have to nitpick and be a badge snob to give this a miss!