TVS has taken another stab at the volume-driven 110cc commuter pie with the new Radeon. Does its splendour appeal to the masses looking for a sturdy workhorse? 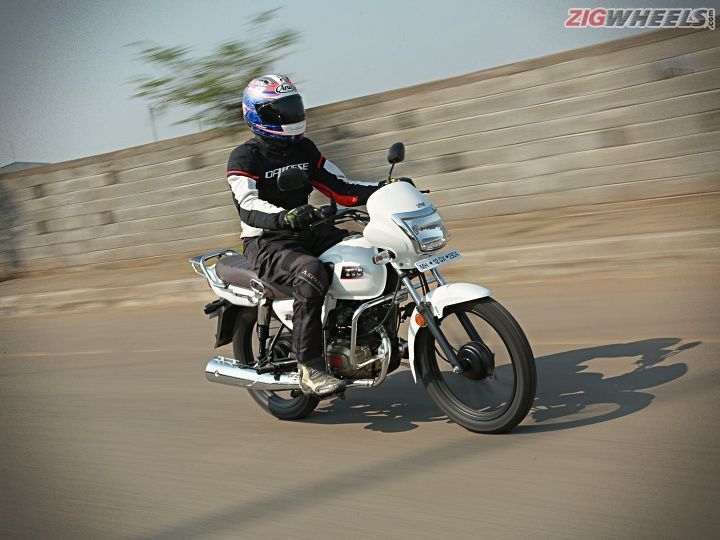 If you see the sales figures of commuter bikes, you’ll realise they’re a lot higher than you thought they’d be. Two-wheelers from this segment are the ones which cater to the masses of India. And even though in recent years, a particular automatic scooter might be leading the monthly sales charts, commuter motorcycles, such as the Splendor from Hero MotoCorp, still make up the bulk of two-wheeler sales across the country. TVS has had some solid products in this space, and while they do decent numbers, they’ve failed to make a sizeable dent here. Now, the Hosur-based company is taking another crack at the Splendor’s dominance with the new Radeon. Only one question remains: can it turn the tables?

It looks familiar, and that’s a good thing!

The Radeon’s target audience consists of those who want a no-nonsense mode of transportation that costs the least amount of money, both to purchase and to run. Surprisingly though, customers in this segment also seem to be quite particular about how the bike looks. Many manufacturers experimented with different, stylish designs (remember the Honda CB Twister and Bajaj Discover 100T?), but have realised change isn’t necessarily a good thing in this space. Hence, TVS has kept in touch with the grassroots with the Radeon’s design. The headlamp shape is slightly reminiscent of the TVS Centra which was well known for its 100kmpl claimed efficiency. You get a traditional-looking bikini fairing with chromed bezel on the headlamp as well. Many of us Indians love large doses of chrome in our vehicles, and the brand has given exactly that in the Radeon. The engine guard is chromed, and so are the exhaust, pillion hook and the rear carrier. There are chrome highlights on the instrument cluster and on the rear suspension as well.

The overall shape of the motorcycle though bears a strong resemblance with the Hero Splendor, and that TVS believes is something that will speak to a lot of commuter bike buyers. But for an added dose of premium-ness, the engine case is finished in gold, with a TVS logo in bold red colour. It really sets it apart from its competition which usually come with either a blacked out powertrain or one in silver.

When it comes to features, the Radeon is right there amongst its competitors. The switchgear quality feels solid and the controls are easy to use too. Apart from the regular controls like horn, indicators, high/low beam, headlight controls and ignition switch, you also get a pass-beam switch on the left handlebar. Moving further ahead, you get a twin-pod instrument cluster with chrome highlights and brushed steel finish in between. The left pod houses the analogue speedometer, Economy and Power indicators and an odometer, while the right pod features a fuel gauge and a side-stand indicator. People with OCD might be bothered with the dummy tell-tale light space next to the side stand indicator. Tell-tale lights for neutral, left and right indicators, and high-beam are located between the two pods. The large TVS logo above looks premium, but doesn’t add any functionality. We feel this space could’ve been utilised for a clock, which would’ve been very useful. There’s no trip meter nor a tachometer in this motorcycle, though.

The side stand alarm is an optional fitment, which beeps whenever the side stand is down. While it serves the purpose of reminding you to fold the side stand before leaving, it’s a bit annoying because the beeper volume is quite high and it doesn’t turn off unless you turn the ignition off or if you retract the stand. Also, the backlight in the console turns on only when you switch the headlight on. To comply with AHO norms, there’s a simple LED strip under the headlamp, which is powerful enough to illuminate dark parking spaces without requiring you to switch on the main unit.

TVS also offers an optional USB charger under the headlight casing on the right. You’ll have to have an extra long cable to give room for steering movement, while the phone can be kept on the fuel tank using an aftermarket utility pouch. It feels a bit half-hearted as the USB and phone placement could’ve been thought out better.

The Radeon’s engine is a Star City Plus-derived 109.7cc Duralife air-cooled unit which pushes out 8.4PS at 7000rpm and 8.7Nm at 5000rpm. Coupled with a well-spaced four-speed transmission, the engine feels torquey at low revs. Thanks to the torque, you can comfortably trundle along at 30kmph on the fourth all day long. The “all-down” type gear shifter feels precise and is smooth to operate too, without any clunkiness or false neutrals. We rode the bike under 50kmph in the city and it returned 66.29kmpl, which isn’t too bad for a commuter bike. Out on the highway, we got 63.97kmpl with the speedo needle hovering at 60kmph. This speed is a little out of its comfort zone, and it’s best to keep the bike between 30-50kmph if you want to squeeze out the maximum efficiency.

The engine’s refinement really takes the cake here. It feels vibe-free up until 70kmph but even beyond that, the intensity of the vibrations isn’t distracting. Despite pushing the engine to its limits, there’s only a light buzz on the footpegs and on the tank. Overall, refinement levels are really noteworthy. Likewise, acceleration is also brisk upto 70kmph, post which the power tapers off noticeably. In our tests, the motorcycle did 0-60kmph in 7.88 seconds, which is 0.68seconds slower compared to the Hero Splendor i-Smart. The bike topped out at a true speed of 92.44kmph, which is just 0.34kmph more than the i-Smart.

The Radeon’s single cradle tubular frame employs telescopic forks up front and a 5-step preload adjustable rear shock absorber. Damping is really good over bad roads, and the soft and wide flat seat makes life on the saddle even more comfortable. The motorcycle remains surefooted even while going over bumps at higher-than-normal speeds. The large 18-inch alloys (1-inch bigger than the Star City Plus’ wheels) are also partly responsible for the good ride quality. Ergonomically, the riding stance is upright, and there’s no strain on the rider’s shoulders or forearms while riding long distances either. The seat is quite roomy for the pillion too, and can even comfortably accommodate people with large frames.

The wheels are shod with tubeless TVS Dura Grip tyres, which are optimised for grip and fuel efficiency as per the brand. Grip levels are good for city roads but on bad patches, especially on gravel, these make you feel a bit nervous. Stopping power is provided by 130mm drum brakes up front and a 110mm drum at the rear. The brakes have decent feel and progression, but leave you asking for more bite. From 60kmph to zero, the braking distance stands at 23.74m, which is 0.23m more than the i-Smart. An optional disc brake up front would’ve improved the braking performance and confidence considerably. Sync braking might make a difference for users who have a rear bias while braking, but for riders who primarily use the front brake (which they should in any case), it doesn’t really enhance braking performance.

Can it dethrone the Splendor?

Among the TVS family, the Radeon slots in between the slightly more premium Star City Plus and the entry-level 100cc Sport. If you see its immediate competitors, in terms of design and pricing, the Radeon goes head-to-head with the Hero Splendor Plus. At Rs 49,060, the Splendor Plus comes with a smaller 97.2cc engine, only kickstart and spoke wheels (electric start and alloys are available on more expensive variants, though). On the other hand, the TVS Radeon offers you a bigger engine, better features with familiar styling for almost the same price, Rs 48,990 (both prices ex-showroom Delhi).

Overall, the Radeon does a really good job at fulfilling its intended purpose. It certainly seems to be a better proposition in terms of performance and features and value-for-money than the best-selling motorcycle from Hero. The only chinks in its armour are the brakes. Even if TVS offered a front disc, it wouldn’t drive the bike’s price up by too much when compared to the top-end Splendor Plus, which costs Rs 52,060 (ex-Delhi) for the self-start, alloy wheel model.

If you’re looking for a budget-friendly, reliable commuter motorcycle which will get you from point A to point B with relative ease and comfort, while offering a healthy dose of style and features, then the Radeon gets a strong recommendation from us.