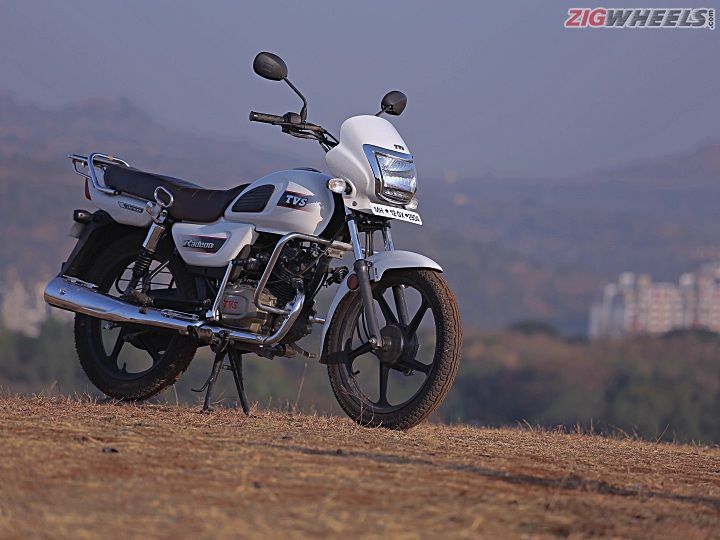 It’s almost a year since I’ve had the Radeon now. I’ve covered around 7000km in twelve months, which is less than what I used to do earlier. However, it has saved me a lot of money when it comes to fuel bills, and allowed me to splurge a little on other things in life. It still returns 60+kmpl under a mix of city and highway riding conditions and I end up fuelling up only once a month.

However, the monsoons began and that’s when one of the flaws of the motorcycle began to rear its ugly head: wet grip. The 2.75inch front and 3inch rear tyres tend to lose grip rather easily and the 130mm front and 110mm rear drum aren’t the best in the business either. On one occasion, I was riding in heavy rain and the vehicle in front of me braked suddenly as a two-wheeler rider decided to take a u-turn from the opposite lane without even looking at the other side of the road. I instinctively (and wrongly) grabbed a handful of the front brake lever - a mistake born from years of getting used to front disc brakes. I lost control of the front end and ended up falling . Luckily, all this happened at around 20kmph and so there wasn’t any major damage. Just the headlight cowl, crash guard and the exhaust heat shield got some scratches. I decided to replace the parts myself and approached the TVS dealership near my office.

The service representative said the parts weren’t in stock and would l have to be ordered from Bengaluru. Unfortunately, due to heavy rains which lashed many regions of the country, the parts were stuck there for about a month. When they eventually reached the city, they ended up being sent to another branch, which was around 20km away. After multiple requests I was finally able to get the parts to this dealership and got the headlight cowl installed.

Interestingly, the headlight cowl was divided into two parts: one was the cowl itself and the other one was the chrome bezel around the headlight. It had a chrome finish but was actually made of plastic. This little shiny part costs Rs 610 - expensive in my opinion! But that’s the price you have to pay for our love for chrome in India. In theory, for the same price, TVS could’ve equipped the bike with a small clock which would’ve come more handy. In comparison, the entire headlight cowl costs only Rs 898. Interestingly, despite being made of metal, the exhaust heat shield cost me only Rs 380. Unfortunately, the heat shield wasn’t ordered by them presumably due to communication issues. I got them ordered and awaiting its arrival. In total, I spent Rs 1,700 including taxes and labour charges for the two parts.

I was also facing a small issue with the idling speed. Especially when it’s cold, idle rpm drops down to the extent of switching off the engine, and it’s even more noticeable when the headlamp is on. A small tweak of the idling speed screw in the carburettor resolved this issue. The motorcycle was due for a periodic service too. However, the only work done was oil replacement and brake tightening as the rest of the parts were inspected and were found to be working fine.

All said and done, the Radeon is still a fantastic motorcycle in terms of performance and the engine has oodles of character - something that’s difficult to achieve in a displacement category that’s obsessed with fuel efficiency. The sweet exhaust note and the peppy engine is unlike any other 110cc motorcycle I’ve ridden and I’d say every petrolhead should have this motorcycle for his/her local cost-effective commutes. Also, recently one of the biggest flaws of the bike (the weak front drum brake) has been fixed with the launch of the special edition Radeon which comes with petal disc up front with CBS. 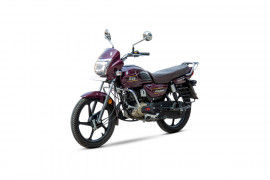