Has the Altroz finally got the engine its wonderful chassis always deserved? 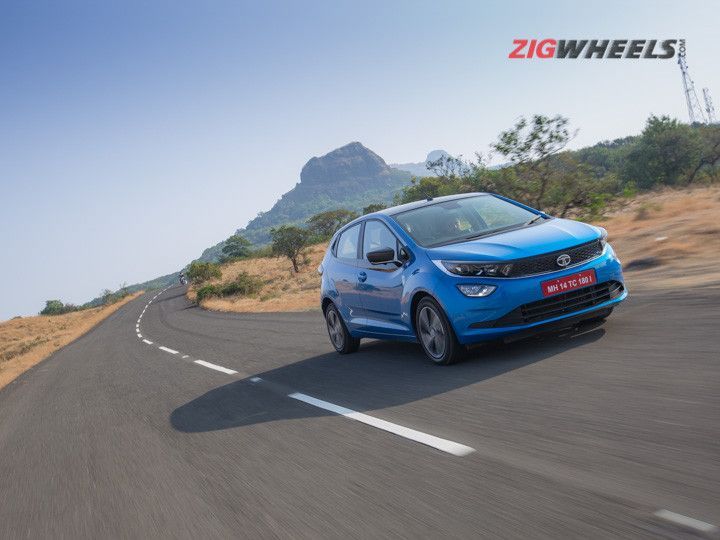 It’s been a year since the Tata Altroz was launched and from the beginning we have always praised its wonderful chassis, its fabulous design and even its cabin in terms of space and quality. But the missing piece in its puzzle has always been the lack of a potent petrol engine. The 1.2 naturally aspirated engine was decent in the city but out on the highway it lacked punch and the enthusiast in us always rued that it never had enough go to exploit the wonderful chassis. So obviously we were happy when Tata, after a year of its announcement, finally released the turbo-petrol variant. Is this the missing piece that will finally complete the Altroz’s puzzle?

There are no cosmetic changes to help the iTurbo variant stand out, but the Altroz now comes in a new top of the line XZ+ variant. On the outside you get a contrasting black roof as standard and a new Harbor Blue colour which looks quite cool. There is also a ‘iTurbo’ badge on the tailgate to tell people that they are following a faster Altroz. Overall, the Altroz still looks handsome and remains a headturner.

The additions on the inside are more substantial. On the top XZ+ variant you now get more premium perforated leatherette upholstery to help it look more upmarket. The Altroz now also gets connected car tech which includes features like geofencing, theft alert, and overspeeding notification. It does miss out on features like remote AC start, which would have been a great addition. Another cool feature that the Altroz’s infotainment system gets is Hinglish voice commands. It works very well and even English commands are understood by the system flawlessly. Like the Nexon, the Altroz now gets a wearable key, basically a wristband, with which you can lock and unlock your car even if you keep the main key at home or inside the car. Another feature addition is Xpress Cool, which puts the air con on full blast and rolls the driver side window down for more effective cooling at the touch of a button.

Other than that the cabin remains unchanged. So you get a car that has enough room for five and an abundance of storage spaces. At 345 litres, the boot too is class-leading, and even interior quality is quite good, though not at the same level as the new Hyundai i20.

Apart from the feature additions the Altroz also gets a new drive mode. Where you get City and Eco in the naturally aspirated car, the iTurbo gets City and Sport. But before we get to how this car feels from behind the wheel let's talk numbers.

The Altroz is powered by a 1.2 litre turbo petrol motor which gives it a capacity advantage over the competition that uses smaller 1.0 units. But in terms of power and especially torque it makes quite a bit less. Considering the Altroz is one of the heaviest cars in its segment, unsurprisingly it also turns out to be the slowest turbo-petrol-engined hatchback, with a 0-100kmph time of around 11.9 seconds. Still, it is plenty quick, especially when you compare it to the naturally aspirated engine’s performance figure, which is in the region of 18 seconds to 100kmph.

This engine, especially in the mid range, has loads of grunt and there is a big step up at 4800rpm as it starts pulling even harder. But unfortunately this push ends very quickly, as this motor redlines at just 5800rpm. That is quite low by petrol engine standards. Yet, this added performance lets you exploit the full potential of this wonderful chassis. Not only can you carry faster speeds into corners,exiting corners is also a lot more fun thanks to the better in-gear acceleration.

What spoils the fun somewhat are the gearshifts. It's fine if you shift in a relaxed manner but when you want to make a quick downshift or upshift it does feel notchy and imprecise.

Clearly we have established that the Altroz is fun to drive. But how is it for your daily city commutes? Well, it is surprisingly good even in the less powerful City mode. Yes, being turbocharged, there is a bit of a turbo lag till about 2000 rpm, but even off boost this engine feels responsive enough and doesn't really force you to make a downshift. This makes driving the Altroz iTurbo in the city or at low speeds really easy. Even out on the highway, the added performance makes your life easy. It has loads of grunt and it cruises really well too. Even when you want to make a quick overtake you can always switch to Sport mode and use the extra performance to do it easily.

What could have been better with this engine however is refinement. Sure, it feels refined and smooth enough below 3000 rpm but above that it starts getting vocal, even sounding a bit harsh once it approaches the redline.

Finally, the Altroz gets the engine it always deserved. The added power not only makes it fun to drive but also results in a better everyday car. We expect Tata to price the iTurbo around Rs 8 lakh-9 lakh ex showroom, which is around a lakh more than the old engine. So will it be worth the extra money? Absolutely, and it's a no brainer considering the extra performance. So was this engine the only missing piece to complete the Altroz puzzle? Well, almost. It's still missing an automatic transmission. But, thankfully, a DCT is on its way. We just hope Tata doesn't make us wait another year for it.