The bland but capable Kawasaki ER-6n has a successor, and it looks sharper. Question is, does it now go as well as it looks? 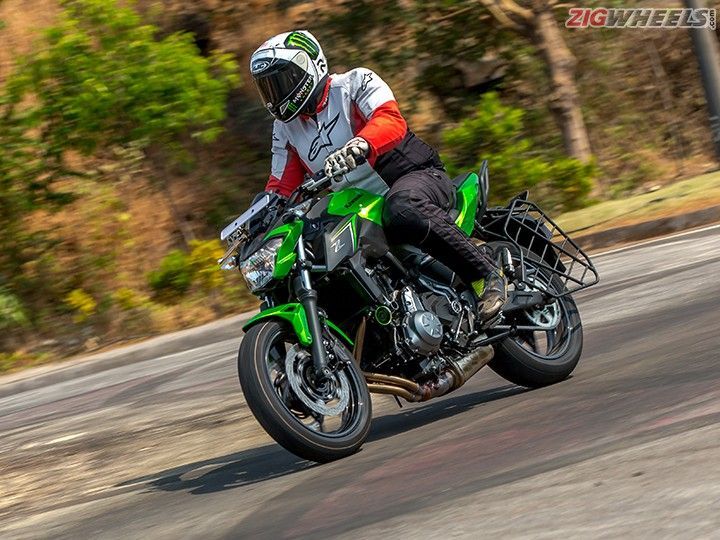 Strong performance, ease of commuting and a spot of sportiness -- this combination has helped Kawasaki’s ER-6n appeal to a wide audience, especially at its price. However, the chink in its armour so far was its largely functional styling. And, yes, the lack of ABS. But the new Z650 looks like it has hit the reboot switch on what it means to have a naked middleweight from Kawasaki. Just how different is it?

The all-new Z650 looks typically Kawasaki.  Well, typically Z. You can see the traits of the Z1000, the remarkable Z1 of yore, and, of course, its immediate sibling, the all-new Z900. The design of the headlamp assembly is a lot more aggressive than before, and incorporates two pilot lamps, though there are no LEDs anywhere upfront. The front mudguard and tank extensions also get a more aggressive design which makes the front end a lot more appealing than the ER-6n’s.

The fuel tank is the same as the new Ninja 650’s, and looks good on the naked bike too. Seats, the X-shaped LED tail light, tail piece, underslung exhaust and rear cowl are all from the Ninja too, though here it’s the rear cowl that sports the 650 badge unlike on the Ninja. On the whole, the Z650 looks sharp and aggressive, unlike its predecessor. The display bike or the bike we rode didn’t have RVMs but we expect them to be different from the Ninja’s edgy looking units. Like its faired sibling, the Z has lost weight too, and is 19kg lighter than the ER-6n, which is a huge number for a bike of its size and segmentation.

One important change as compared to the ER-6n is the use of the engine as a stressed member, which now gets five mounting points unlike before, and has also helped the Z650 shed weight. Clocks are different and the layout is similar to the older ER-6n’s with a large, semi-circular tachometer incorporating other information below it. The Z650 also gets a gear indicator now. On the mechanical front, the bike gets ABS and Nissin calipers, which Kawasaki claims offer stronger braking.

A couple of minutes in the saddle were far from enough to judge the bike’s abilities, be it on the braking front, or otherwise. We hope to tell you more when we get to ride it more extensively.  But, this was obvious: the posture felt comfortable, with good leverage from the handlebar. The lightness of the front end as compared to the Ninja 650’s was apparent instantly, since I had jumped onto the Z650 right after the Ninja. Direction changes were quicker, hinting at the fact that the Z should be good at commuting fast through traffic, aided by the good bottom-end grunt.

The Z650 is powered by the same, updated version of the 649cc, liquid-cooled, parallel-twin engine as the Ninja, and outputs stand at 67PS and 65.7Nm of torque.  Kawasaki claims bottom-end and midrange performance is better than before to improve the bike’s commuting abilities. The engine comes mated to the same six-speed gearbox as before, and now benefits from the addition of a slipper clutch to limit back torque from the engine.

Priced at Rs 5.19 lakh, ex-showroom New Delhi, it does seem to offer good value, especially with the new design, reduced weight, the resultant improvement in handling and the addition of ABS. Along with the sharper design the Ninja 650 looks all set to bring a lot more zing to the burgeoning mid-displacement class.