How much more intense is the RTR 165 RP? 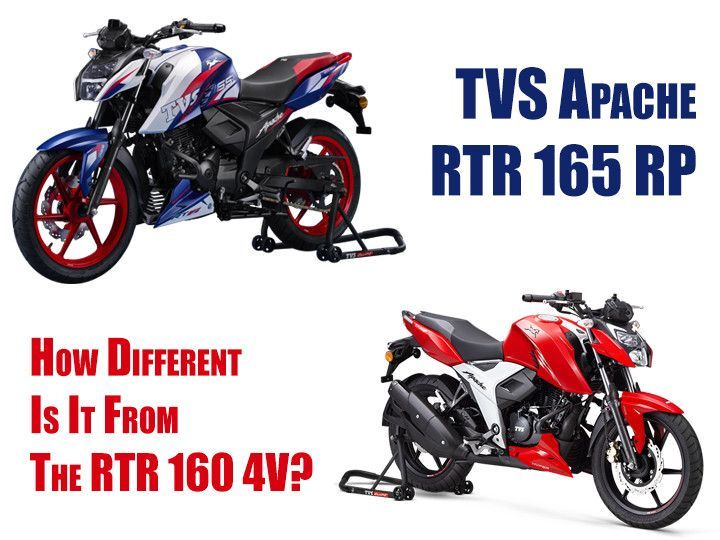 TVS introduced its performance division ‘Race Performance’ with the Apache RTR 165 RP. Think of it like a homologation special version of the RTR 160 4V, where everything is amped up from the stock bike. So here’s how it is better than the RTR 160 4V:

However, the engine seems to be tuned for track riding. The peak torque is made at 8250rpm, 1500 revs higher than the 160. Peak power too is made quite a lot higher. So, expect the power delivery to be quite peaky and focused towards the top end. The RP also gets a slipper clutch, to perhaps prevent the rear wheel hopping during aggressive downshifts.

Hot Looker
Inspired by the livery it runs on its GP165R race bike, the RTR 165 RP gets a similar colour treatment. The combination of dark blue and white with streaks of red does give it the sporty vibe. And those red wheels! My God, do they look awesome!

The RTR 160 4V does get red wheels on its special edition variant, though. And while we do like the dark theme of the Special Edition RTR 160 4V, this race livery is just something else.

Lastly, the brass-coated chain on the RTR 165 RP looks very cool. It will be more durable than regular chains and will run quieter.

Just like the red wheels, you also get span-adjustable levers on the Special Edition RTR 160 4V, which come stock on the RTR 165 RP.