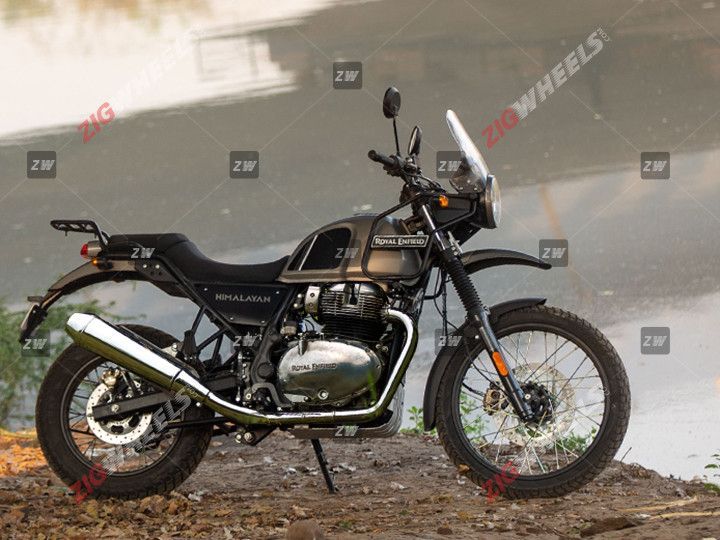 Ever since its 650 twins burst onto the scene in 2018, adventure seekers have been salivating at the prospect of something big from Royal Enfield. Why shouldn’t they -- after all it was the first manufacturer to cater to the sub-400cc adventure space in India with the Himalayan. And sure, there were a few initial hiccups (*cough*reliability*cough*), but the latest-gen Himalayan is probably the best all-round package in its class.

Is the want for a larger Himalayan, i.e. the Himalayan 650, justified or is it going to be too much of a task to combine the two worlds?

Why The Want?
In its current guise, the Himalayan is a good highway machine that can stick to 100kmph all day long without breaking a sweat. The motor is not exactly peppy as it does take a fair bit of time to get to 100kmph. Also, it weighs nearly 200 kilos, which when paired to a motor that puts out a measly 24.31PS, gives you a paltry power-to-weight ratio of 0.12PS/kg. Thus, it makes sense to get a larger engine with more drive, so that it can easily sustain 120kmph and still have a bit of steam left to make quick overtakes.

That said, opting for the 650cc twin might not be the best solution. Here’s why:

Large Width
The Royal Enfield 648cc parallel-twin engine is one big motor. It is quite wide and heavy. Royal Enfield’s designers themselves faced a bit of a challenge when designing the footpeg position on the Interceptor 650. Since the motor was so wide, the footpegs had to be even wider and hence they end up bruising your shin at traffic signals or in the parking lot. That is certainly what you don’t want happening when you are going off-road.

Sure, the motor has widespread power, enough to plough on beyond 120kmph if needed. But the already heavy Himalayan would become even heavier. And instead of increasing weight, Royal Enfield should be working on shaving some of it off the bike. So, here’s what we ideally would like to see:

A. A 30PS Himalayan 410 That Weighs Around 180kg
Instead of re-engineering the frame to fit the larger engine, RE can focus its energies in optimising the frame, subframe and other components used on the bike. If it can manage to keep the Interceptor 650’s weight at 202kg, it shouldn’t be as hard a task to remove unnecessary flab from the bike.

The 410LS engine has the potential to perform even better. With better internals and a major retune, there’s a good possibility that more horsepower can be generated. These are the two major changes, along with our usual demand for better brakes, that we would like to see on the next-gen Himalayan. This would boost its touring credentials making sure you can cruise on the highway at higher speeds. Plus, by being lighter, the Himalayan will be easier to use off-road, not requiring huge muscles to lift the bike back up in the event of a crash.

B. Scram 650
Recently, Royal Enfield filed the ‘Scram’ trademark, which could only mean one thing: a scrambler is in the pipeline. Now, it is more likely that the Scram would be the Scram 650, with RE using similar foundations of the Interceptor 650 but with beefed up suspension and dual-purpose tyres. It should be something similar to what Triumph has done with the Street Twin and the Street Scrambler. Hence, the Scram 650 is likely to be a good option for those who want to get a little muddy but not explore the really hardcore off-road stuff.

Do you like the idea of these two separate machines? Let us know in the comments or holler at us on our social media channels.