Is This The New Yamaha R25? Could It Come To India?

The styling update from last year hasn’t been a hit with customers. Radical changes afoot? 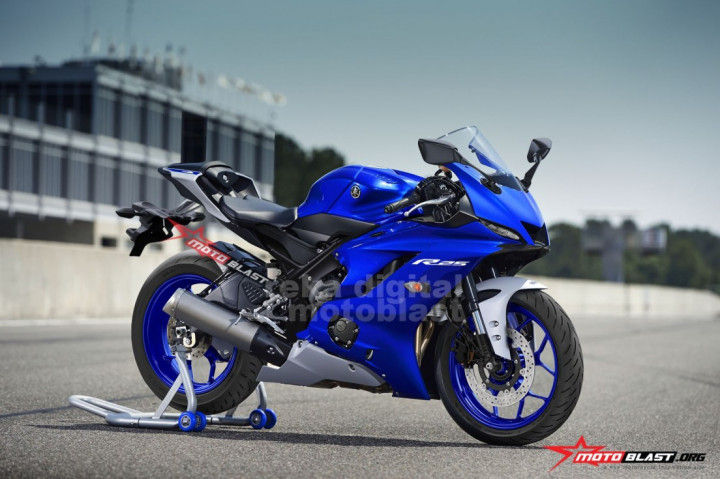 The recently enforced BS6 emission norms have spelled bad news for Yamaha enthusiasts in India, because they brought on the discontinuation of a popular and capable little sportsbike - the YZF-R3. While there’s not much news yet about whether the R3 will make a return in BS6 form, we can tell you something about its very close cousin, the YZF-R25.

They say a picture speaks a thousand words, and what we’re bringing you today are renderings of the R25 v3 which could be officially unveiled as early as 2021, depending on how the COVID-19 scenario pans out. The renderings place the R25’s styling more in-line with its larger siblings, the R6 and the R1 superbike. The front end features dual slit-like LED DRLs, just like we see on the two larger bikes, but the headlights seem to be missing altogether. If recent Yamaha sportsbikes are anything to go by, the R25 will probably use twin projector headlights.

The tail section also looks quite similar to the bigger R bikes with a steep rise and the twin vents below the pillion seat. While the overall design language is quite attractive, we must admit that some bits do seem like overkill. The exhaust exit and swingarm, for example, look like they’ve been lifted straight from an R6, and the production version of the R25 v3 is highly unlikely to feature such beefy components. The fuel-tank also seems disproportionately large for a 250cc motorcycle.

As for the motor, we’re not going to get any information from these drawings, but considering that Kawasaki and Honda are both getting extremely serious about their 250cc performance bikes, it would certainly behoove Yamaha to eke out some extra ponies as well. The bike currently produces 36PS and 22.6Nm from its 249cc parallel-twin mill. To find out how much power the 2020 CBR250RR will produce, head here; and if you want our guesstimate of the Kawasaki Ninja ZX-25R’s power output, click here.

The R25 has never been sold in India, and it's unlikely to arrive anytime in the near future either. But of course, any changes to the R25 will more than likely be carried over to the YZF-R3 as well. This is good news for us in India, because there’s quite a strong chance that the R3 will make its way back to our shores once its motor meets the stricter emission targets. Until then, fingers crossed….