Here's What Will Change On The New Mahindra TUV300 Plus 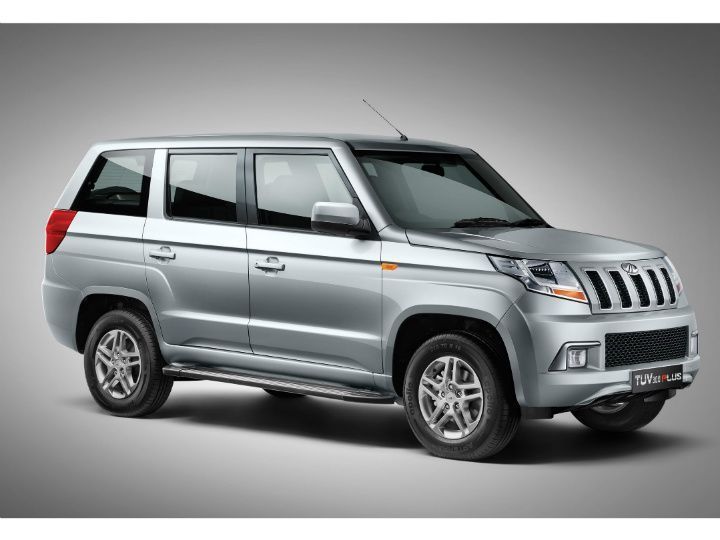 Mahindra is getting its existing line-up ready for the new emission norms, which will be enforced from April 1, 2020. In line with this, the TUV300 Plus SUV was spotted testing on National Highway 45 on Monday, exhibiting minor exterior and interior changes to accompany extensive emissions control upgrades.

The new photos show larger wraparound tail lamps and redesigned headlamps and grille. The new TUV300 Plus will likely come with a BS6-compliant iteration of the 2.2-litre mHawk engine, which in its current state of tune produces 122PS of power and 280Nm of torque. Previously, the car was spied testing with a visible AdBlue filler cap, indicating the presence of a selective catalytic reduction system to control emissions.

Interior changes are likely to be minimal as well. Spy shots indicate that the air vents will get larger silver surrounds on the side air vents. Other styling features are expected to be carried over from the existing model.

The TUV300 Plus sports a longer rear overhang than the TUV300, which allows for two side-facing jump seats. This makes the Mahindra SUV a nine-seater. Due to the safety regulations surrounding jump seats, it is likely that Mahindra will offer a bench seat for the third row, at least as an option. This would make the new TUV300 Plus a seven-seater.

Mahindra launched the TUV300 Plus last year in January, and it is available for a price of Rs 9.8 lakh to Rs 11.3 lakh (ex-showroom Pune). Prices for the updated, BS6-compliant model have not been announced by the company, but it is expected to be higher than the current model by Rs 60,000 to Rs 80,000.