The upcoming SUV could be offered with Mahindra’s updated 2.0-litre diesel engine 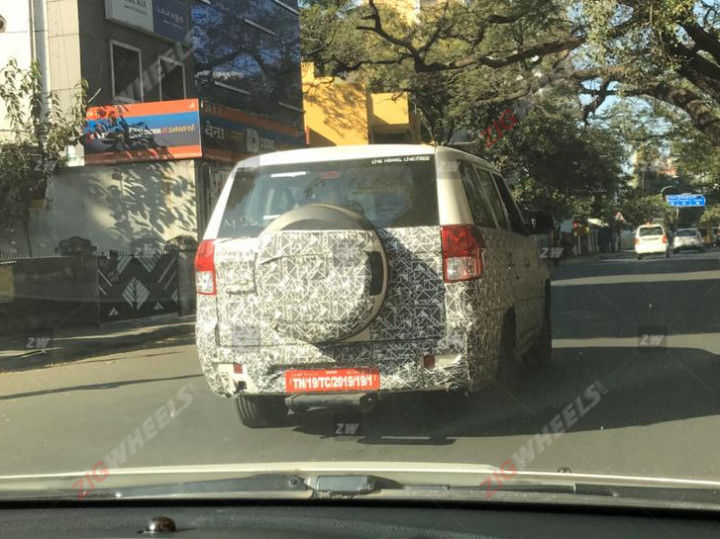 A camouflaged version of Mahindra’s TUV300 Plus has been spotted testing in Chennai with some minor cosmetic changes. The test mule could also be featuring a BS6-compliant engine under its hood. Dealerships across the country have hinted that the updated SUV could hit showrooms in April 2020.

We already know that the next-gen XUV500 and the Thar will be powered by a new BS6-compliant 2.0-litre diesel engine. This engine could also feature under the bonnet of the TUV300 Plus as well as the Scorpio. Currently, these SUVs are powered by the 2.2-litre mHawk motor. The homegrown carmaker is unlikely to offer this motor in the BS6 era considering the high costs associated with updating diesel engines for cleaner emissions. Therefore, it’s safe to assume that the 2020 TUV300 Plus could utilise the new 2.0-litre diesel motor. While Mahindra is yet to reveal power figures of the new motor, we expect it to be similar or higher than the current 2.2-litre unit which develops 120PS of power and 280Nm of torque.

Apart from mechanical updates, Mahindra could also update the design of the TUV300 Plus. Expect updates similar to the facelifted TUV300 which has been spotted testing in the country. Changes could include a tweaked grille, revised bumpers as well as new bumpers. The test mule seen here doesn’t feature many changes at the rear.

Inside, Mahindra could update the TUV300 Plus with additional features. It’s likely to get Android Auto and Apple CarPlay compatibility as well as a climate control system. Features like a touchscreen infotainment system, steering-mounted audio controls, a multi-info display, remote locking and unlocking as well as electrically adjustable ORVMs could be retained.

The 2020 Mahindra TUV300 Plus is likely to be priced above the existing BS4 model (Rs 9.92 lakh onwards, ex-showroom Delhi). The TUV300 Plus doesn’t have any direct rivals as it is the only SUV in its segment that is based on a rugged ladder-on-frame chassis.