The M8 GC is powered by the same muscular 4.4-litre V8 as its two-door sibling and the 8 Series 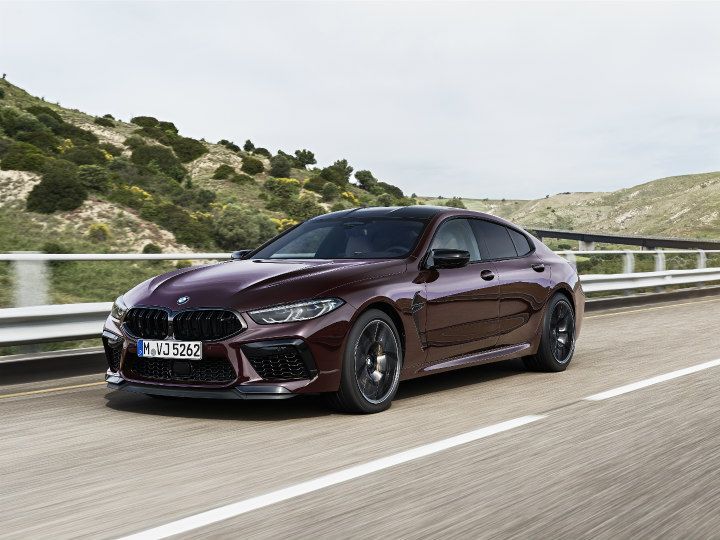 BMW has finally revealed the M8 Gran Coupe in standard and a hotter Competition trim ahead of its official debut at the upcoming LA Auto 2019. The new grand tourer is essentially a four-door trim of the two-door M8 that was unveiled back in June this year. The new grand tourer retains the same beefy 4.4-litre twin-turbo V8 petrol engine from its two-door counterpart and gets similar chassis elements and interiors. However, it has been extended to adapt to a four-door guise. While we don't know when the 4-door grand tourer will come to India, you can still experience M Series action with the recently launched M5 Competition with the same fire-breathing 4.4-litre V8 mill.

The engine is mated to an 8-speed Steptronic transmission and BMW’s M xDrive all-wheel-drive system. While the grand tourer is limited to a top speed of 250kmph, customers can opt for the M Driver's package, which increases the top speed to 306kmph.

Power isn’t everything when it comes to the M8 Gran Coupe as its double-wishbone front and five-link rear suspension makes it quick in corners too. It also gets BMW’s Adaptive M Suspension as standard, which configures dampers based on road conditions. The GC also gets M Mode that allows drivers to configure car characteristics such as engine, suspension, steering, braking, and all-wheel-drive along with three standard driving modes: Default Road, Sport, and Track. Other performance highlights include the option of standard ventilated brake discs or M carbon-ceramic brake discs for more stopping power.

The four-door M8 also gets a variety of visual tweaks with an increase in length by 231mm compared to its two-door sibling, with 200mm of the length increased down to the wheelbase. It retains the majority of exterior highlights from the smaller M8 such as an aggressive front fascia with a blacked-out kidney grille and large air intakes. Other retained features include M-spec quad exhaust outlets, M Carbon Roof, adaptive LED headlights with BMW Laserlight accents and 20-inch alloy wheels.

The M8 Gran Coupe will make its official debut at the Los Angeles Auto Show 2019 that is scheduled to be held from November 22 to December 1, 2019. Production of the four-door grand tourer will begin from November this year with deliveries starting from April 2020.

The BMW M8 Gran Coupe will debut in a limited Launch Edition model with exclusive features such as Diamant Green metallic paint with bronze accents and special 20-inch wheels. Only 50 of these models will be sold. The standard M8 Gran Coupe will cost 130,000 USD (Rs 92.38 lakh) and the quicker Competition trim comes at a price tag of 143,000 USD (Rs 1.01 crore) for the US.