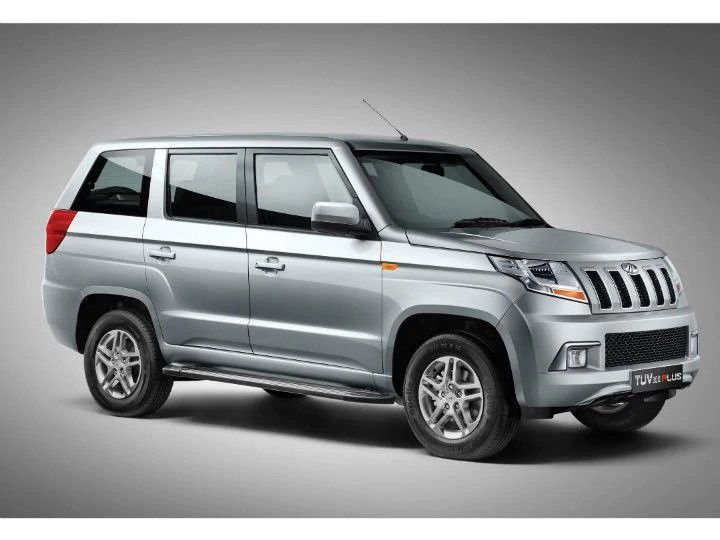 Mahindra has been preparing to give the TUV300 Plus a mid-life refresh for quite some time now with prototypes spotted testing in camouflage. Well now, a patent image of the TUV300 Plus has surfaced, revealing most of what to expect from the facelifted SUV. But just keep in mind that this is a leaked patent image and not an official image from Mahindra, so the final product may differ.

The front end will receive plenty of tweaks with an Alturas G4-like front grille, revised headlamps, redesigned front bumper with larger air dams, and slimmer fog lamps. While the overall silhouette looks fairly similar to its predecessor, expect some changes at the rear in the form of a revised bumper and updated tail lamps.

We are yet to catch a glimpse of the facelifted TUV300’s cabin, but we expect it to retain equipment from its predecessor along with some additional bits. Notable features like a 7-inch touchscreen infotainment system, in-built GPS navigation, and steering-mounted controls are expected to be retained. On the safety front, the 2020 TUV300 is likely to soldier on with ABS+EBD, rear parking sensors with camera as well as ISOFIX child seat mounts.

Under the hood, the updated TUV300 Plus is likely to come with the same 2.2-litre mHawk diesel motor, albeit with a BS6 upgrade. In its BS4 guise, it pushed out 120PS of power and 280Nm of torque, so expect performance to remain unchanged. We can also expect the same 6-speed manual gearbox to be carried forward.

The Mahindra TUV300 Plus facelift is expected to debut later this year. It should be priced above the BS4 predecessor that used to retail from Rs 9.92 lakh (ex-showroom Delhi). Being the only SUV in its segment based on a rugged ladder-on-frame chassis, it currently does not have any rivals. The standard TUV300 facelift is also expected to be introduced around the same time.