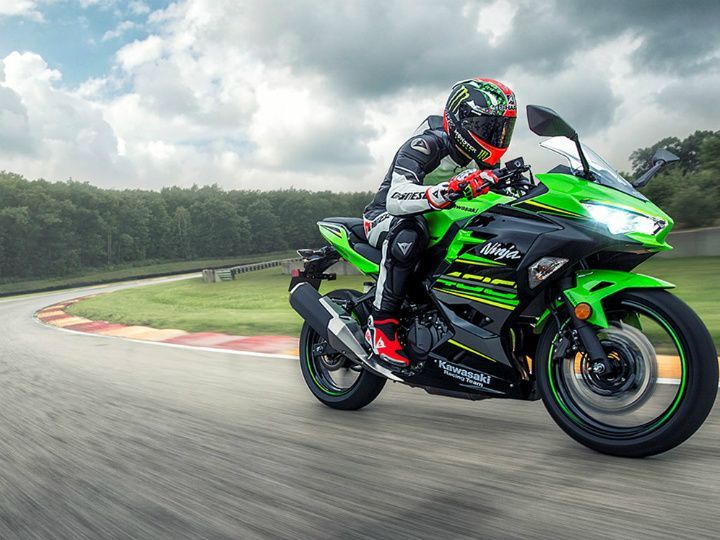 After months of speculation over leaked images and YouTube clips, Kawasaki has finally unveiled the Ninja 400. The new Kawasaki Ninja 400 will replace the older Kawasaki Ninja 300, as it did not adhere to Euro-IV emission norms. The Ninja 400 comes with an all-new engine and chassis.

The new 399cc parallel-twin liquid-cooled engine produces 45PS of power at 10,000rpm, and 38Nm of torque at 8,000rpm. Despite the same physical dimensions as the 2013-17 Kawasaki Ninja’s 250cc engine, it is lighter by 1kg. The new Ninja also gets an assist and slipper clutch, which will come in “handy” in traffic prone areas and will also provide greater control while shifting down hard.

The Ninja 400 now employs a new steel trellis frame which contributes to better stability and manoeuvrability. It has also helped Kawasaki bring down the weight by 6kg, to 168kg (kerb). Suspension duties are handled by 41mm non-adjustable forks at the front and a monoshock at the rear, while braking is done by a class-leading (according to Kawasaki) 310mm semi-floating disc with Nissin ABS.

In terms of ergonomics, the Kawasaki Ninja 400 now has a seat height of just 786mm, which should make it accessible for shorter riders as well. The Ninja 400 comes with LED headlamps, featuring low and high beam, and an LED position lamp. The instrument cluster is also taken right out of the Ninja 650, giving it a more upmarket appeal. The details on price and availability haven’t been disclosed yet. Stay tuned to ZigWheels for more on the same.