Skoda To Launch Kodiaq Scout In India By Late 2019 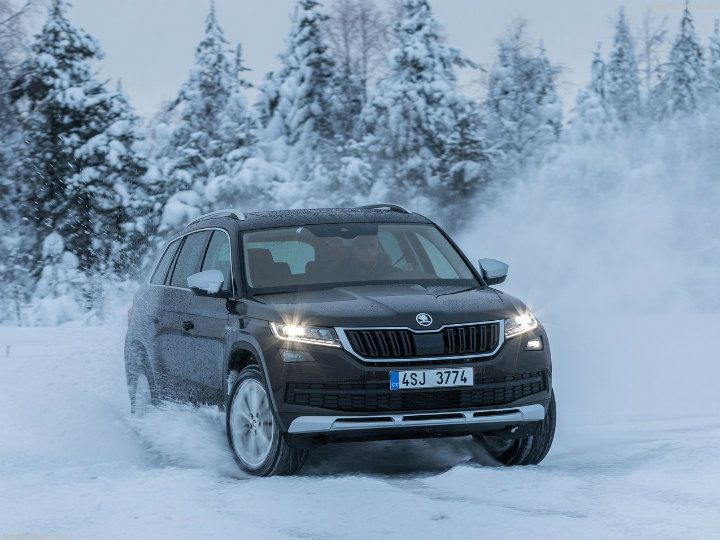 Skoda is set to introduce a more rugged and off-road capable version of the Kodiaq full-size SUV later this year. Called the Kodiaq Scout, this variant was introduced in Europe and various other markets around two years ago. The Scout gets a few additions to set it apart from the Style and top-spec L&K variant of the Kodiaq.

For starters, the Kodiaq Scout gets an increased ground clearance of 194mm, which is 6mm more than the standard SUV. Better ground clearance translates to better approach and departure angles, making the Kodiaq even more capable off the beaten path. The Kodiaq Scout gets the same AWD setup as the standard SUV. It also boasts of driving modes like sport, individual, snow and an additional off-road setting which abates the throttle response and adjusts suspension damping. The SUV will also come with hill-hold control and hill-descent control.

It also gets a few cosmetic additions like silver details on the grille, roof rails, ORVM housing, side window trims and front and rear underbody protection. While the wheel size remains the same at 19-inches, the Scout gets a different set of alloys.

The interior is now all-black with ‘Scout’ badging on the seats and the glove compartment. Features include keyless entry, start and exit system with engine start/stop button, LED headlamps, ESC, front, side and curtain airbags, and power-adjustable driver and front passenger seats.

The Kodiaq Scout will be powered by the same 2.0-litre diesel engine as the standard model. Coupled to a 7-speed DSG, this motor produces  150PS of power and 340Nm of torque. The Style variant of the SUV is priced at 35.37 lakh, while the L&K variant is priced at Rs 36.79 lakh (all prices ex-showroom). Expect the Kodiaq Scout to be priced along the same lines when launched in India later this year.