Skoda Kodiaq Gets A Rugged Scout Variant For Rs 34 lakh 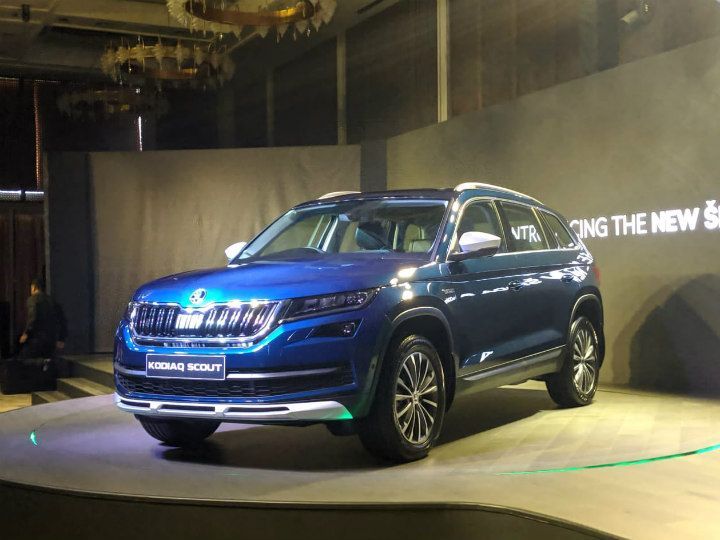 After a long wait, Skoda has finally launched the Kodiaq Scout SUV in India at a price of Rs 34 lakh (ex-showroom). That’s a premium of  Rs 1 lakh over the Style variant, which has gotten a huge discount in the form of the new Corporate Edition. The Kodiaq Scout is distinct from the creature comfort-focussed L&K variant, being more of an off-road centric variant with a host of enhancements to tackle rough terrain.

The SUV gets a more off-road centric all-wheel drive system with the addition of an ‘Off-Road’ drive mode, which is limited up to a speed of 30kmph. It adjusts throttle response and damper settings depending on driving conditions. The Kodiaq Scout also gets full underbody protection to secure all the expensive hardware.

Rugged elements on the outside include aggressive front and rear skid plates,  18-inch dual-tone alloy wheels and silver finishing on the ORVMs, roof rails and the grille surround. At the rear, it is the first car to feature the SKODA lettering on the bootlid, replacing the arrow usually found on Skodas.

On the inside, the Kodiaq Scout features a sporty all-black interior upholstery to withstand muck and dirt. It also borrows features from the top-spec variant like the  digital instrument display, panoramic sunroof and ambient lighting. It also gets the Skoda power-nap package and 12-way electrically adjustable front seats, with memory function. Along with these it also features the 10-speaker Canton audio system Other bits include a touchscreen infotainment system with Android Auto and Apple CarPlay, Skoda Connect as well as ventilated seats. However, it does miss out on driver assistance systems like Trailer Assist and Blind Spot Detection that are available in the global model. This is due to India’s restrictive laws regarding the use of radar-based technology.

With the launch of the Scout, the Kodiaq is now available in three variants that are priced between Rs 32.99 lakh to Rs 36.79 lakh (ex-showroom India). The rugged SUV will take on rivals like the Ford Endeavour and Toyota Fortuner in the country.