It looks largely similar to the all-electric i4, and its two-door sibling, controversial kidney grille and all 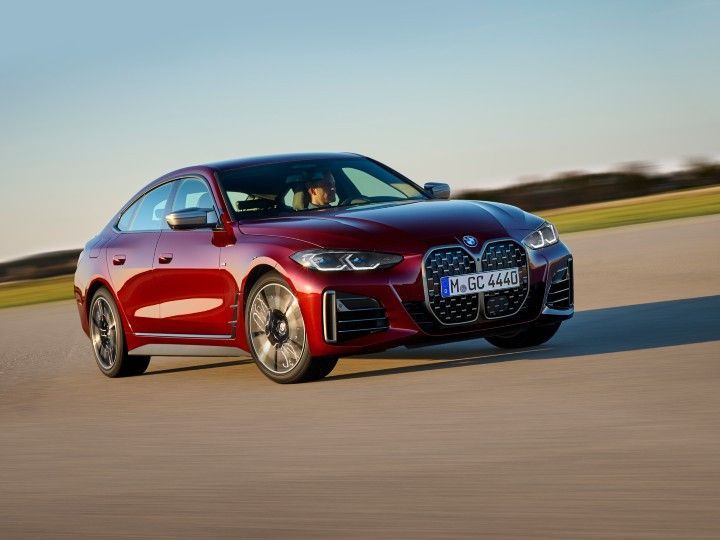 Just a year after the BMW 4 Series got a generation update, its four-door sibling, the 4 Series Gran Coupe has also gotten a new iteration. This second-generation niche offering from the Bavarian carmaker is now bigger, bolder, and comes with more tech than before.

Dimensions aside, the 4 Series GC looks largely identical to its two-door sibling as well as the four-door all-electric i4 sedan with a slick body, similar bumpers and of course that controversially large front kidney grille. What separates the 4 Series GC with the i4 is that its grille isn’t closed-off, and it gets actual exhausts with a revised diffuser at the rear.

It's not a surprise, then, that the 4 Series Gran Coupe’s cabin layout is a straight lift from its two-door sibling. The dash setup includes a 10.25-inch central touchscreen with BMW Live Cockpit and iDrive 7.0,  as well as  a 12.3-inch digital instrument cluster. Other features include wireless Android Auto and Apple Carplay, smartphone integration, digital key and BMW Gesture Control.  It also comes equipped with a dearth of driver assists such as active cruise control with automatic speed limit assist, traffic light recognition, as well as parking assist with a 360-degree camera.

Other performance trickey comes in the form of the lift-related dampers, adaptive M suspension as well as electronically controlled, rear locking differential to aid the four-door sedan’s cornering prowess.

The addition of the next-gen BMW 4 Series Gran Coupe completes the generational update of the 4 Series lineup. There’s no word on either of the updated 4 Series lineup back home as we don’t get either of these models.  But we hold a bit of optimism that the Bavarian brand brings over one of them here since BMW did offer the previous iteration of the M4 in the country.