The all-new 4 Series Coupé is larger than its predecessor and gets three four-pot 2.0-litre petrol and diesel engines and a six-pot 3.0-litre petrol engine 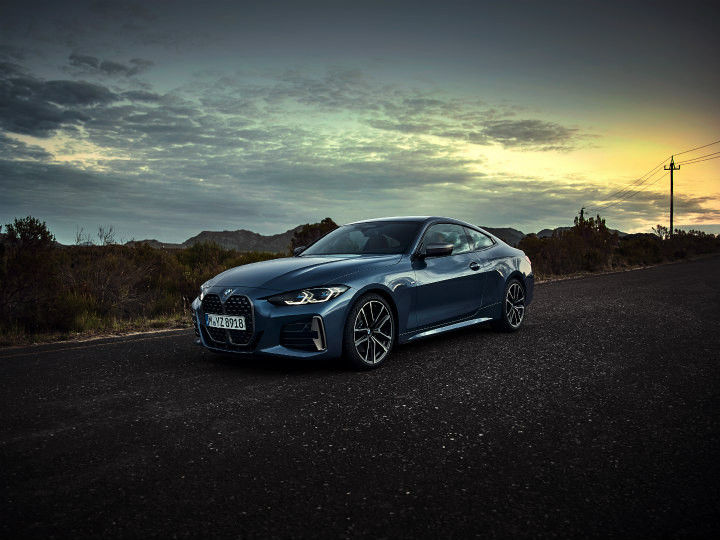 BMW has officially unveiled the new 4 Series Coupé. The new styling, particularly the bold vertically-oriented kidney-grille, is a nod to the old spirit of the carmaker seen in the likes of the 328. The car's dynamic performance has been the centre of attention in terms of improvement.

Based on BMW’s CLAR platform which also underpins the 3 Series, the new 4 Series Coupé has done away with some of BMW’s traditional styling cues in favour of a sleek side profile. The narrow LED lights at the front and rear add to that sporty look. The large kidney-grille pays homage to the old Bavarian heritage while maintaining a fresh look. The overall design is quite similar to what we saw on the Concept 4 last year.

Standing just 6mm taller than its predecessor, the Coupé is also 128mm longer and 27mm wider with an increased wheelbase measuring 2851mm, matching that of the 3 Series. To improve dynamic performance, BMW has reduced the overall weight of the car by using lighter materials and updates over the 3 Series design.

Inside the four-seat cabin, the Coupé features a redesigned layout. The car gets new sports seats as standard. The start button lies in the center console next to the latest version of the drive selector. BMW's iDrive infotainment system with a new and bigger head-up display are available as optional additions.

The four-seater Coupé gets three petrol engines and one diesel motor. Petrol options include a 2.0-litre 4-cylinder engine in two states of tune and a 3.0-litre straight six turbo-petrol motor with a 48V mild-hybrid system. The two 2.0-litre engines produce 187PS (420i) and 262PS (430i) whereas the 3.0-litre engine in the M440i xDrive produces almost 380PS of power. The 420d diesel variant gets a 2.0-litre engine mated to a 48V mild-hybrid system and produces 193PS of power. BMW has added that it will offer two 6-cylinder diesel engine options starting March 2021. Drive is provided by an 8 speed automatic transmission. Aside from the M440i, all-wheel-drive is standard across all models while four-wheel-drive is optional in the 430i and 420d.

The M Sport Pro Package comes with quicker shifts, launch control and a new driving mode dubbed Sprint. In addition to this, the package comes with M Sport brakes, a new design trim, and a "sporting engine soundtrack" in Sport mode.

While the second-gen 4 Series will go on sale internationally in October, there’s no word on whether it will make it to Indian shores. Nevertheless, optimism fairs high considering that BMW did offer the previous version of the M4 in the country.