Run! Even Bigger Kidney Grilles Are Coming Your Way 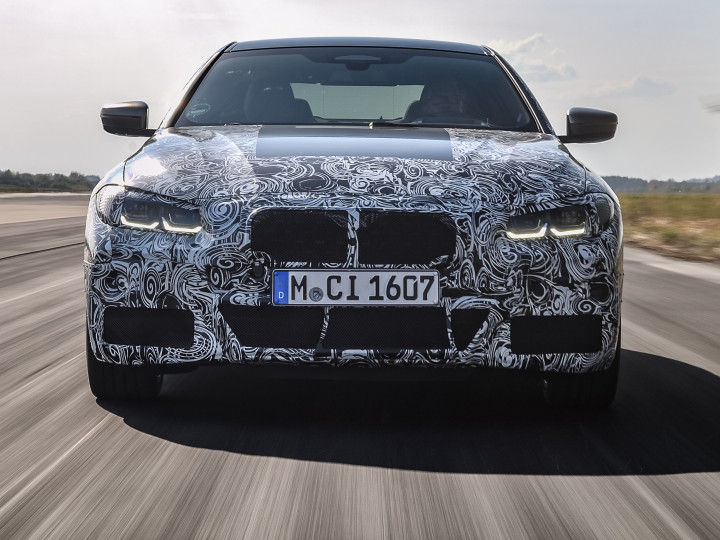 In a sleepy town on the outskirts of Munich, away from the eyes of automotive paparazzis, the BMW 4 Series coupe has been undergoing its final phase of testing.  The coupe in question has garnered a lot of attention in the media, mostly due to the fact that it is touted to feature one of the biggest kidney grilles in the last decade or so. But looking past the obvious wardrobe disaster, what else does it pack? And most importantly, can BMW bring back the magic that many said was lost in the F90 series only to be rediscovered in the BMW M2.

The coupe has completed enough testing at the winter test center in Arjeplog, Sweden, another test centre in Miramas in France, the famed Nürburgring’s Nordschleife circuit and at various other race tracks. BMW has now brought it back to its hometown for some final touches to its dynamics in search of sporty driving pleasure.

The coupe is expected to borrow design inspiration from the beautiful Concept 4 (minus the grille). The concept’s proportions were on point with a sleek design and some lovely attention to details. BMW claims the new 4 Series is lower to the ground with a decreased center of gravity and is more aerodynamic as well. In other words, all this point towards a more focussed two-door coupe. Also adding to this is the increased negative camber at the front wheels and the 23mm wider rear track to sharpen the dynamics.

The cream of the lot will be the M440i xDrive Coupe which will be powered by a straight-six engine delivering 374PS coupled to a 48V mild-hybrid technology. Apart from improving efficiency, the mild-hybrid setup will also provide a boost during acceleration. Transmission duties are taken care of by an 8-speed Steptronic gearbox coupled with an all-wheel-drive system. Erm...yes, an AWD system. Other interesting bits include M Sport brakes and 18-inch M light-alloy wheels.

BMW is focusing on the dynamics of the coupe and has been testing and fine tuning the chassis to make the new 4 Series coupe exciting, both on the road and the track. But we are not excited enough as we are still waiting  for the RWD variants of the 4 Series and of course, the M4. Last but not the least, we seriously hope BMW opts for a reasonably sized kidney grille when the camouflage finally drops sometime later this year.

Here Are The Biggest Grilles We Saw This Year!
Forget The Tesla Cybertruck: Here Are Three Other All-Electric Trucks You Should Be Excited About