New BMW M4: Your First Look Ahead Of Debut

Look past those kidney grilles and what you see is a slick-looking coupe! 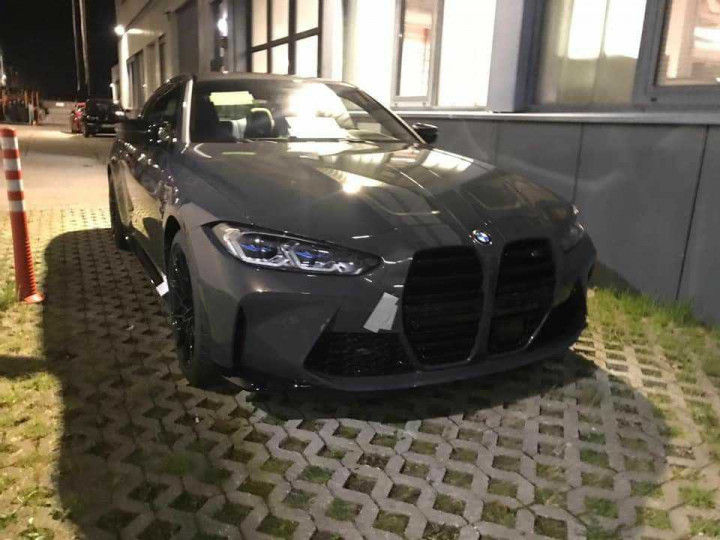 Just days after taking the wraps off the polarising BMW 4 Series, leaked pictures of the much-anticipated BMW M4 have surfaced online. And while there were expectations, now that the actual car is here, let’s see how it looks when compared to the standard 4 Series.

Yes, it’s still there. That gigantic kidney grille is the main highlight and now finished in black, it looks larger than usual. Take that out of the equation though and what you get is a slick-looking coupe. The sharp LED headlamps and sculpted bonnet give it an air of sportiness while the bumpers look relatively simple and conservatively styled. Naturally, being an ‘M’ car, it’s bound to get parts from the ‘M’ bin such as sportier alloy wheels, M badges, and a sportier rear bumper.

Except for the addition of sport seats, flat-bottomed steering wheels and a heavy dose of carbon fibre, the M4’s interior is expected to be similar to the standard car. Not a bad thing, as the current 4 Series dashboard features a minimalist design and remains driver focussed.

We already knew what lies behind the gigantic grille. But here’s a quick recap. The upcoming M4’s powertrain is rated at 510PS, a 60PS bump over the current model’s 450PS 3.0-litre inline-six unit. And for the first time, the BMW M4 will be offered with all-wheel drive. It could be offered with a switchable RWD mode, where it stays in pure rear-wheel drive so you can enjoy doing doughnuts and sliding around. Purists can also rejoice as there will be a true BMW fashioned RWD variant as well. More good news as it will still be offered with a stick shifter along with an automatic transmission.

The BMW M4 will make its global debut by September 2020 as revealed by Markus Flasch, CEO of BMW’s M division. We expect it to be offered in India as well to cater to BMW enthusiasts here.