The Revolt electric bike has a unique design, segment-first features and more 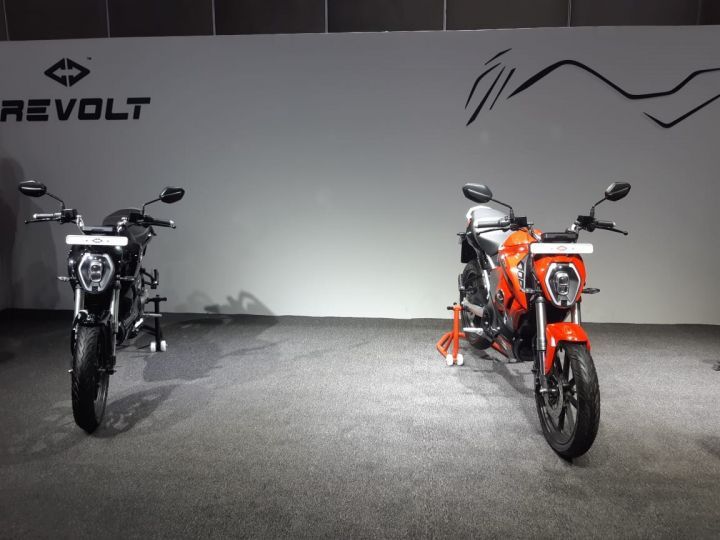 Revolt Intellicorp has finally taken the wraps off its first all-electric motorcycle, called the RV 400. And boy, there is a lot to unpack! Not only does it have a unique design and numerous segment-first features, but Revolt has also attempted to address range anxiety associated with electric vehicles. Without further ado, let’s jump right into the top five things you need to know about the Revolt electric bike.

1) You can order the batteries online!

In case you’ve run out of juice, or don’t want to make a trip to the charging station, Revolt will deliver the lithium ion battery to your doorstep. And yes, just like the new 22Kymco iFlow, the batteries are swappable here too. However, unlike the iFlow’s battery which weighs 5kg, the RV 400’s battery is quite heavy, at around 18kg. So good luck lugging them to the parking lot. Also, just like 22Kymco’s Ionex platform, Revolt also plans to establish a similar charging infrastructure where you can just swap your drained battery for a fresh one. Do note that the company is yet to clarify how much this service will cost.

2) Most feature-packed electric two-wheeler in India

The Revolt RV 400 is by far the most feature-packed electric two-wheeler in India. Some of the highlights here include remote start, geo-fencing and yes, an artificial exhaust sound system. This allows the rider to either choose from four default exhaust note options or customise one as per their liking. For perspective, some of these features were only limited to premium electric cars until now.

3) It offers the highest range in the country!

While we don’t have the exact battery specs yet, Revolt says the RV 400 can cover a distance of up to 156km on a single charge. This is almost twice as any of its competition, which makes it the most efficient electric two-wheeler offering in India. In comparison, the Ather 450 offers a range of 55-75km. However, the RV 400 isn’t as fast as the Ather offering. Revolt has restricted the top speed to 85kmph, which we feel should be enough for everyday commutes. Speaking of the charging time, the company claims the battery can be charged in under four hours, with a 15-ampere socket.

Like what you see? Well, the good news is, pre-bookings of the motorcycle will start as early as next week (June 25). Customers in Delhi can either book it through the company’s website or via Amazon for a token amount of Rs 1,000. Revolt will also commence booking of the motorcycle in other cities like the NCR (National Capital Region), Pune, Bengaluru, Hyderabad, Nagpur, Ahmedabad and Chennai, over the next four months. As far as pricing is concerned, Revolt will officially launch the RV 400 next month. We expect it to cost around Rs 1 lakh (on-road Delhi).

5) It is based on the Super Soco TS

Yes, the Revolt RV 400 does look familiar. That’s because it's based on the Super Soco TS, which retails in the international market. Revolt will actually be working closely with the Chinese brand, for their ‘Platform Development’.