*Wait, allow us to explain this unique ownership plan 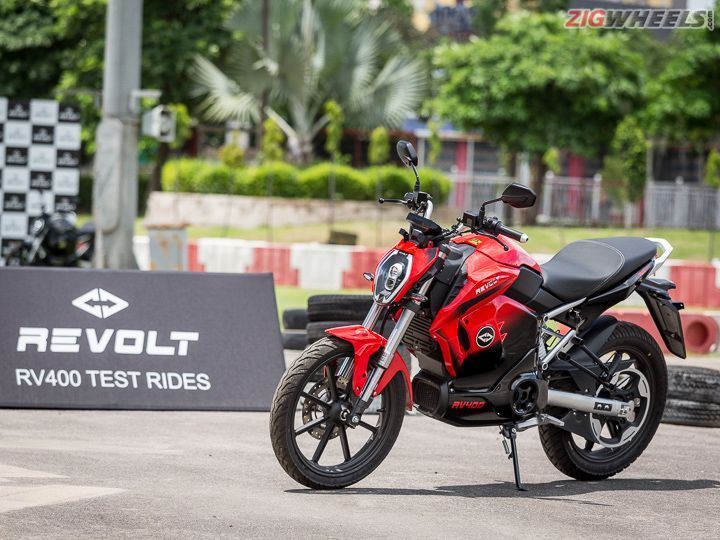 After shifting its launch date twice (which was a bit of a bummer), Revolt has finally launched the hotly-anticipated RV 400 in India. And the best part is that you can own the base variant of Indian’s first electric motorcycle for a stonking price of just Rs 3,499 per month for 37 months. And if you want a slightly more premium variant, that will still come to a reasonable Rs 3,999 for the same time period. Yes, you heard that right! The brand has come up with an interesting ownership offer called the ‘My Revolt Plan’ that’s bound to blow your mind. An in-depth analysis of the pricing and ownership scheme is available here. It gives you an in-depth look at the total cost of ownership, running and maintenance. But that's not all, the company has also launched a second electric motorcycle christened the RV 300 gets a similar pricing plan which starts at Rs 2,999. More details available here.

Pre-bookings for the RV 400 commenced on July25. Interested customers can book the bike via Amazon, BikeDekho or Revolt’s official website for a token amount of Rs 1,000.

The RV 400 gets a bunch of features that are unique to itself, from remote start functionality, connectivity features to a dedicated mobile application called ‘MyRevolt’ which lets you access ride statistics, battery statistics and several other functionalities. In a bid to address range anxiety, Revolt also offers swappable battery tech and different charging methods. But the one feature that might impress you the most is the feature which enables you to change the faux exhaust note which mimics the soundtrack of a traditional internal combustion engine-powered motorbike. It too is controlled via the app.

If that isn’t enough, the RV 400 delivers an ARAI-certified range of 156km on a single charge and a claimed top speed of 85kmph, which should be more than sufficient for a city dweller. Besides, with torque available right from the word go, quick overtakes should be a piece of cake.

In terms of underpinnings, the RV400 employs an upside-down fork, a monoshock and disc brakes at both ends. CBS (combined braking system) is offered as standard. We’ve already ridden the bike, so watch this space for our first ride review.