The scooter is from UK-based firm Super Soco, and is co-branded by Ducati 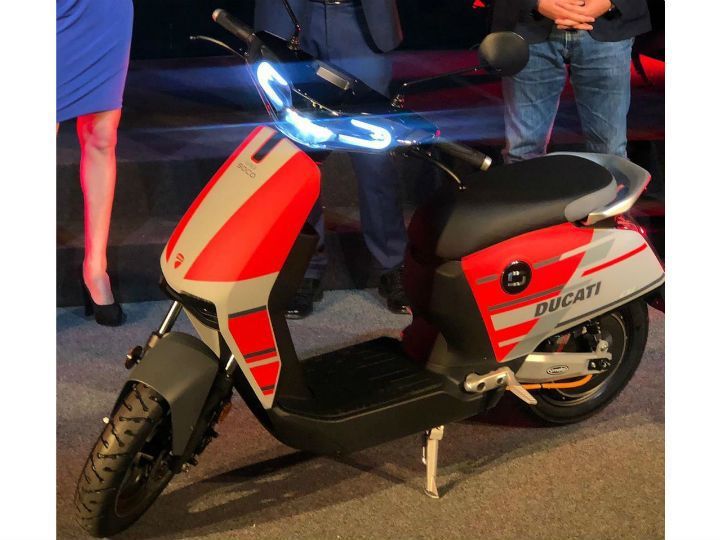 Super Soco, an electric two-wheeler startup based in the UK, has joined hands with Ducati and launched a co-branded scooter, the CUx Special Edition Ducati. Enthusiasts might scoff at the idea of the three words -- Ducati, electric and scooter -- coming together, but let’s face it: the electric revolution is inevitable.

If it’s any consolation, the CUx is the same scooter that MotoGP stars ride around in the paddocks. At 2299 pounds (approximately Rs 2.06 lakh), it may be expensive for an electric scooter but it is a lot more affordable than an actual petrol-powered Ducati. It also looks the part, thanks to the sporty white and red Ducati-inspired livery, sleek all-LED lighting system and an LCD instrument console and smartphone app integration. Furthermore, the CUx also gets a keyless start system and motion-activated anti-theft alarm.

Sure, all these features sound fancy but range and performance-wise, the CUx is like any other electric scooter. It is powered by a 60V, 30Ah lithium-ion battery which takes 7-8 hours to charge. However, it offers only a mediocre range of around 64km on a full charge.

A rear-wheel hub-mounted Bosch motor propels the CUx. At 45kmph, the top speed is decent only if it were a lead-acid battery-powered one. With a maximum power of 2788W, the motor generates a peak torque of 115Nm at 0rpm. That should endow the scooter with proper Ducati-like acceleration, at least until it reaches its top speed.

Underpinnings are pretty traditional: it comes with a telescopic fork and twin shock absorbers at the rear. There is a 180mm disc brake on both ends for optimal stopping power. This seems to be the first instance where Ducati’s electrification efforts have materialised, at least to an extent. The CEO of the Italian marque has also confirmed it is working on an electric Ducati bike. We hope that will be a true-blooded Ducati despite being eerily silent sans the gruff note of its trademark L-twin.