It is available for order exclusively through amazon.in 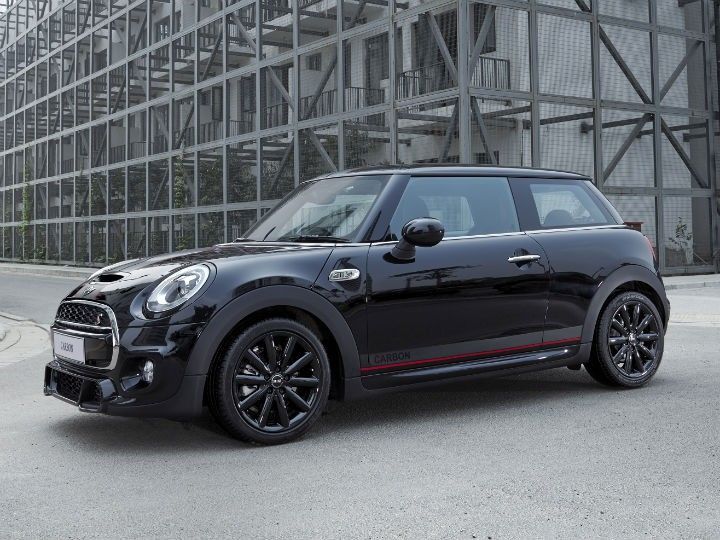 Mini, the BMW-owned British car marque, has been in India for a quite a while now and, over the years, it has gained a strong fan following. It is loved for its compact dimensions, exuberant interiors and peppy powertrains. The company has now added an ‘extremely limited edition’ model in its range and christened it the Mini Cooper S Carbon Edition. It is so limited that Mini hasn’t even bothered to create a space for it on its own website. Another reason for Mini to not list it online could be that it is exclusively available to order through amazon.in, at a booking amount of Rs 50,000.

Let’s look at the highlights of this new, performance-driven hatchback that is limited to only 20 cars in India. As you would have probably guessed by now, the Carbon Edition gets the regular Cooper S as its base and is equipped with a few features to try and justify the enormous increase in price. It gets 17-inch alloy wheels, a John Cooper Works (JCW) aerodynamic kit, side stripes, carbon fibre tailpipes, JCW sports seats and Bluetooth exhaust control. Under the hood, the 2.0-litre petrol mill is tuned to produce 210PS of power and 300Nm of torque, which is 18PS and 20Nm more than the standard Cooper S. The engine is mated to a six-speed Steptronic auto box, which helps it crack 100kmph from a standstill in 6.5 seconds – which is 0.2 seconds quicker than the hatchback it is based on.

The Carbon Edition is available in three colour options – Midnight Black, Thunder Grey and Pepper White. Other features include the Mini head-up display which provides all driver-oriented info and an 8.8-inch display (with Wired Package) which takes care of other infotainment features like navigation and Bluetooth enabled audio system.

The Mini Cooper S Carbon Edition is available in two variants, but only with a three-door set-up. The base model which doesn’t have the Wired Package is priced at Rs 39.9 lakh; and the one which does, has a list price of Rs 41.5 lakh (both prices ex-showroom).