The Cooper SE accelerates to 100kmph in 7.3 seconds and maxes out at 150kmph 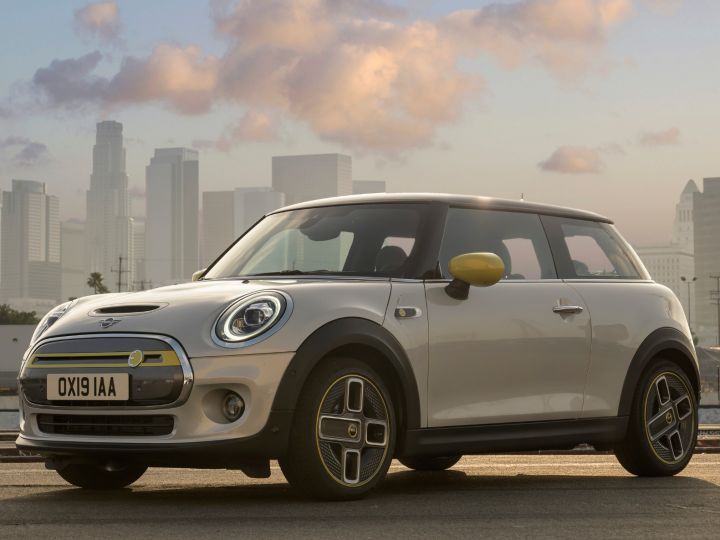 The Mini has been among the world’s most iconic cars. And as we see the pivotal shift towards electric mobility, the British legend has also jumped on to the electric bandwagon with its first ever battery-powered model, the Cooper SE.

Based on the three-door Cooper S, the SE borrows its electric motor from its BMW cousin, the i3S. Churning out 184PS of power and 270Nm of torque right from the word go, the Cooper SE produces 3PS and 20Nm more than the Bimmer. The Cooper SE accelerates to 100kmph in 7.3 seconds and when pedal to the metal, maxes out at 150kmph (limited). The Mini Cooper SE also gets driving modes which alters the response of the electric motor and other parameters -- Green, Green+ and Sport.

The electric motor draws power from a 32.6kWh battery pack and can do up to 270km on a single charge. It can also be juiced up through various charging options. As standard, Mini provides a standard charging cable that can be plugged into your household socket. It also provides an optional AC wallbox charging solution. Charging through both the above options juices up the Cooper SE from 0-80 percent in two and a half hours and topping it up takes an hour more. It also supports fast charging up to 50kW and can juiced from 0-80 percent in 35 minutes. The all-electric hatchback also has brake energy regeneration system which charges the batteries while deceleration/braking.

All that electric gadgetry, thankfully, has not compromised on the Mini’s driving dynamics. According to the carmaker the SE retains the legendary go-kart-like handling. While it sure has become a bit porkier (165kgs heavier than the Cooper S), its 30mm lower centre of gravity ensures that it’s still a hoot to drive on your favourite ghat road.

The Cooper SE looks almost the same as its 3-door Cooper S sibling, albeit with few distinguishing elements. At first glance, you would notice that the Cooper SE gets dashing yellow elements (optional) on its grille, ORVMs, wheels. A closer look reveals that it gets a new front grille with an ‘E’ badge integrated in it and a set of 4-spoke alloy wheels. The Cooper SE also gets full-LED headlamps as standard and the tail-lamps have the typical Mini British flag insignia.

Inside, the design remains almost the same as the Cooper S. But the Cooper SE gets some feature updates. The analogue instrument console has been replaced by a 5.5-inch coloured digital display. The 6.5-inch infotainment system which can be upgraded to an 8.8-inch now also comes with connected-car tech. Thanks to it, the navigation now supports real time traffic information as well as remote services through the MINI Connected App. Through the app, not only can the headlight flasher, horn, ventilation and door lock/unlock function be remotely activated, but so can the air conditioning. The owner can also control the charging process via Remote Services.

The Mini Cooper SE is expected to go on sale in international markets early next year. While an Indian launch is yet to be known, considering the fact that the government is bringing in serious measures to boost EV sales and other premium carmakers bringing in premium offerings, we could expect the Cooper SE to come to our shores. Fingers crossed.