The Range Rover Fifty is limited to 1,970 units globally as a nod to the SUV’s debut year 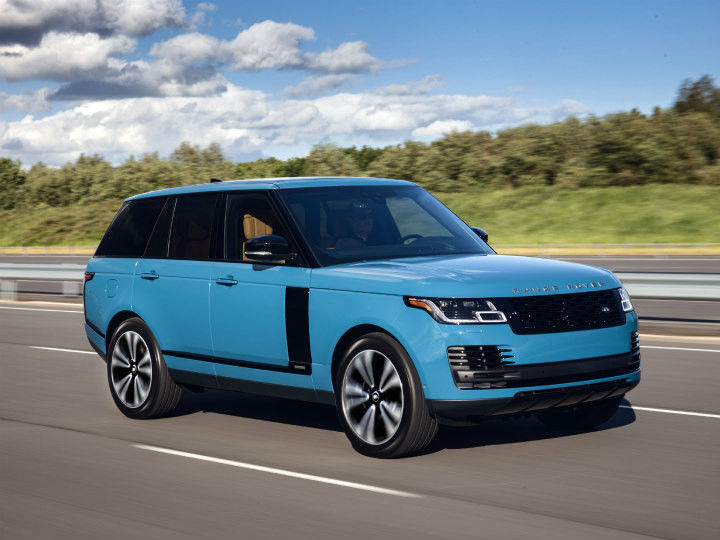 Back in June 2020, Land Rover celebrated 50 years of the original Range Rover SUV by introducing a limited run Fifty Edition of its flagship  SUV in global markets. And now, this special edition variant has been launched in India at a price tag of Rs 2.77 crore (ex-showroom). Based on the Autobiography variant, it features a variety of bespoke bits that pay homage to the original Range Rover that was launched fifty years ago. Here’s where the Fifty Edition variant is placed in the Range Rover’s variant lineup:

While it is based on the Autobiography variant, the Fifty Edition is priced at a premium of Rs 19 lakh to make it the second most expensive variant in the Range Rover lineup.

The Range Rover Fifty gets bespoke accents in Auric Atlas black and a unique set of 22-inch alloy wheels. There are three special Heritage colour options on offer that have been derived from the original Range Rover. These include Tuscan Blue, Davos White and Bahama Gold. However, they are limited in number. The Range Rover Fifty can also be had in four standard body shades, including Carpathian Grey, Santorini Black, Aruba, and Rosello Red. It continues to feature  a clamshell bonnet, a distinctive floating roof, a split tailgate, and trademark front fender vents.

Heading inside, the Range Rover Fifty gets bespoke interior accents as well as a Fifty script specially created by Land Rover’s Chief Creative Officer Prof. Garry McGovern OBE. This badging will appear on the centre console plaque declaring the car 1 of 1970 special.

Under the hood, the Range Rover Fifty is powered by either a 3.0-litre inline-six petrol or a diesel engine with the same displacement. The former makes 400PS of power and 550Nm of torque, whereas the oil burner makes 300PS and 650Nm. Both engines drive all four wheels via an 8-speed automatic transmission.

The Range Rover Fifty is for those who desire to own an iconic limited edition SUV. Yes, Land Rover is yet to reveal how many units of the Range Rover Fifty will be offered in the Indian market, but expect it to be a very low number since it is already limited to  1,970 units globally as a nod to the original Range Rover’s debut year. So if you want to own one of these icons, we suggest you head to the nearest Land Rover showroom soon.