New, compact, more powerful and efficient straight 6 diesel engine about to hit Indian shores before the end of 2020 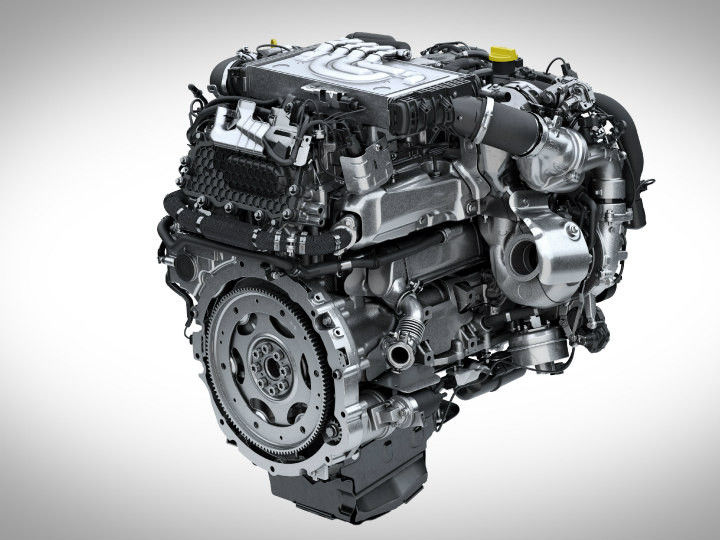 The new 3.0-litre Ingenium Diesel is Jaguar Land Rover’s latest offering from its in-house-developed Ingenium lineup of engines. So far the line had consisted of two 2.0-litre 4-cylinders Ingenium engines, one fuel by petrol and one by diesel. In fact since it’s introduction in 2015, Jaguar Land Rover’s engine manufacturing factory has just crossed the 1.5 millionth Ingenium engine milestone at the Wolverhampton plant.

The Ingenium engine is a modular engine architecture that revolves around a single 500cc cylinder module arranged in an inline configuration. This allows for 3, 4, 5 and 6 cylinder versions that can both be transversely or longitudinally mounted. This gives great flexibility to have front, rear or all wheel drive applications.

There’s a lot of advanced tech in the engines to make them both efficient as well as powerful. These include high pressure injectors, needle roller cam bearings, steel pistons, off-set crankshafts for lower friction and improved cooling via variable coolant and oil pumps. They are also lightweight: the new D350 diesel is 80kg lighter than the outgoing 4.4-litre TDV8 with a similar power output and better performance.

Each of them will also be coupled with a 48V mild hybrid system that utilises energy otherwise lost in braking and deceleration, using it to provide torque assistance during start stop operations, which JLR claim enhance smoothness and efficiency.

The new engines will also meet the latest Euro 6d emission norms as well as the BS6 norms when the D300 goes on sale in the subcontinent later this year. JLR is claiming 13 per cent less CO2 emissions versus the outgoing TDV8 engine. Efficiency claims stand at 10.86kmpl for the D350 and 11.62kmpl for the D300.

We’ll get our first glimpse of this new engine in the new Range Rover and the Range Rover Sport that are expected to launch at the end of the year. You can read more about the details and specs of the upcoming Range Rover and Range Rover sport by clicking on these links.