Indian Brings Its Mad Flat Tracker, the FTR 1200, To India 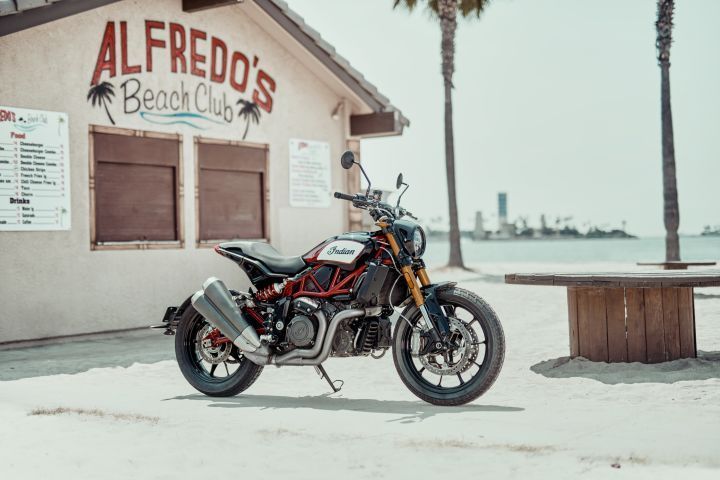 Bookings of the flat tracker have commenced for a token amount of Rs 2 lakh. So, if you want to bring out your inner Evel Knievel on a flat track arena, the Indian FTR 1200 S might be perfect for you.

Its 1203cc motor puts out 123PS of power and 115Nm of torque. This is a bump of 23PS and 18Nm over the Scout on which this engine is based on. However, to keep you planted, the motorcycle comes with an array of electronic nannies such as ride-by-wire, three rider modes (Sport, Standard and Rain), traction control, wheelie control, six-axis IMU, cornering ABS and a slip-and-assist clutch.

While the 1200 S and Race Replica variants are equipped with fully adjustable suspension setup at both ends, the base model, on the other hand, gets non-adjustable inverted fork at the front. While racing flat trackers usually only get a rear brake to help slide around, the production-spec bike gets premium dual Brembo 320mm discs with four-piston calipers at the front and a 260mm disc with a two-piston caliper at the rear.

While the S variant is available in three paint options, the manufacturer also has the Race Replica version of the FTR 1200 in its arsenal, which costs Rs 2 lakh more than the S trim. As of now, there are no specific rivals of the Indian FTR 1200 S, so it will create its own niche audience.

View All
All Upcoming Indian Bikes