The Indian Challenger Throws An Open Challenge To Milwaukee 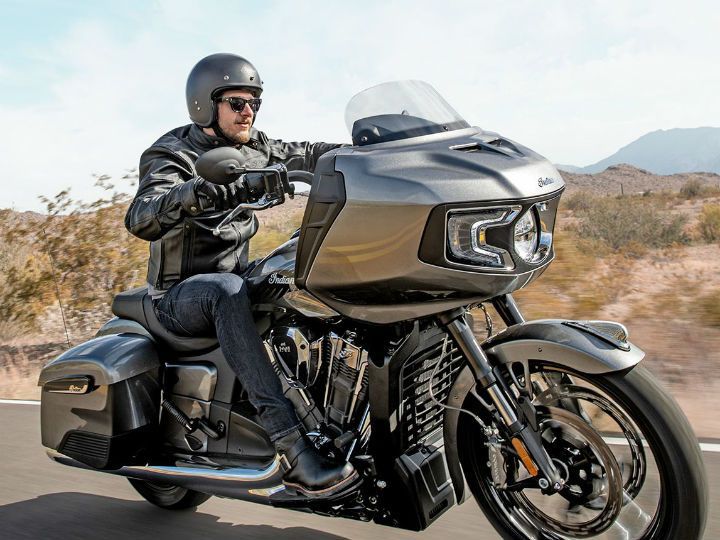 Cruisers and its derivatives are mostly known to be laidback mile-munchers. But breaking all stereotypes, Indian Motorcycle has launched the most powerful bike in its cruiser lineup - aptly named Indian Challenger. The motorcycle is available in three variants in the US: Standard, Dark Horse and Limited. While the standard variant starts from USD 21,999 (around Rs 15.62 lakh), the Dark Horse and Limited versions will set you back by USD 27,499 (around Rs 19.52 lakh) and USD 27,999 (around Rs 19.87 lakh) respectively.

The Indian Challenger will enter our shores via the CBU route, like all the other Indian motorcycles. Expect the manufacturer to launch the bike in mid-2020 at a starting price of around Rs 25 lakh (ex-showroom).

Apart from the obvious cosmetic differences, the Dark Horse and Limited versions come with a Bosch six-axis IMU linked to enable cornering traction control and ABS. They also feature Drag Torque Control and a seven-inch screen with navigation function and a quad-core processor for superior processing power! While the base variant also gets the same screen, navigation is absent. Also, the IMU-based electronic aids and Drag Torque Control have been given a miss in the standard variant as well. However, the base variant gets dual-channel ABS, traction control and three riding modes: Rain, Standard and Sport.

Indian has already unveiled the 122.5PS, 178Nm PowerPlus engine. As far as the underpinnings are concerned, the motorcycle employs a 43mm inverted fork and a hydraulically adjustable Fox monoshock. Bringing this 377-kilo (kerb) behemoth to a halt are dual 320mm discs with radially-mounted Brembo 4-piston calipers up front and a 298mm disc at the rear with a 2-piston caliper. The bike rolls on a larger 19-inch alloy wheel up front and a 16-incher at the rear. For optimum grip, the wheels are wrapped with Metzeler Cruisetec rubber.

In terms of rivals, the Indian Challenger goes head-to-head with the Harley-Davidson Road Glide Special (USD 27,299, which is around Rs 19.37 lakh). This particular variant is powered by a larger 1868cc V-twin engine but it makes less torque, at 166Nm arriving in at 3000rpm. 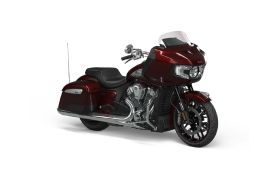 All Comparisons of Challenger