UPDATE: Here's all the dope on the new Honda H'ness CB350 in this article. 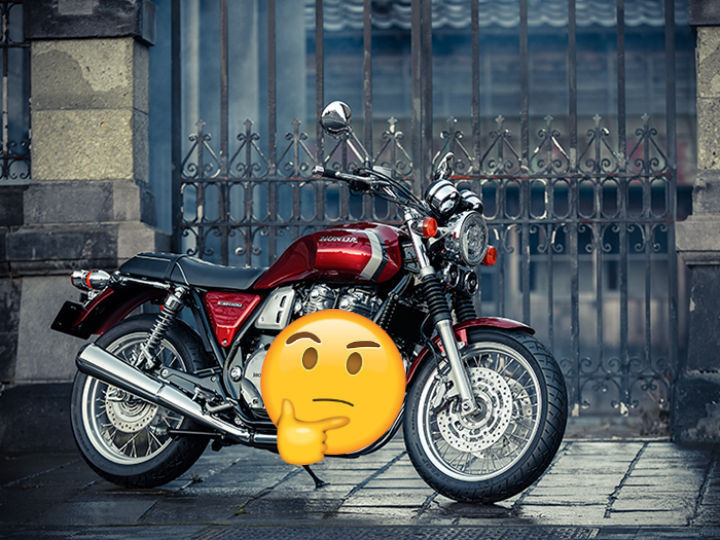 While all attention has been on the Royal Enfield Meteor 350 over the past few weeks, Honda has sent out a teaser for an upcoming motorcycle (UPDATE: it has got a name, H'ness CB350) that has the potential to steal the limelight. The Honda Highness CB350 is set to make its debut on September 30 and the bikemaker has released an exhaust note of the upcoming bike that hints that the new Honda cruiser will be the much awaited rival to Royal Enfield’s cruisers. While Honda has been super secretive of this new motorcycle, here’s what we feel will be the key highlights of the upcoming Honda H'ness CB350.

The biggest dilemma for Honda was the definition of the upcoming motorcycle in terms of styling. In India, the Royal Enfield Classic 350 is classified as a cruiser by buyers, which in reality is a roadster and the only cruiser bike in its lineup was the Royal Enfield Thunderbird. Honda was contemplating designing the upcoming bike on the lines of the Rebel 300. However, we feel that the new Honda cruiser will have retro styling with a round headlight, a long fuel tank, a flat seat and spoke wheels. If one checks Honda’s international portfolio, the Honda CB 1100 RS is a good example.

Another big question is the engine displacement of the upcoming Honda cruiser. The Japanese brand can stick to a 350cc motor or give it a bit more oomph with a 350-400cc engine. Our guess is the latter and from the teaser, we can make out that it will be an air-cooled unit with fuel injection to comply with the BS6 norms. Honda seems to have focussed a lot on the exhaust note of the new bike as it has a throaty exhaust note similar to the Classic 350. Even the gear shifts were a bit ‘clunky’, something that one associates with cruiser motorcycles. We expect the new Honda cruiser engine to produce around 20-22PS and 28-30Nm of peak torque. It’s also likely that Honda might offer a 6-speed gearbox for better cruising speeds on the highway.

The Honda cruiser might feature a double-cradle chassis that will be suspended on a telescopic fork and twin shock absorbers at the rear. Given the price point, the suspension setup will be a non-adjustable unit. Braking hardware is likely to be disc brake on either end with dual-channel ABS being standard on the premium variant and Honda might offer a single-channel ABS variant to keep the pricing low. If Honda sticks to a roadster styling, spoke wheels are likely to be standard to add to the retro feel of the motorcycle. However, the option of alloy wheels as an accessory can’t be ruled out since Royal Enfield does offer the same for the Classic 350.

Pricing has never been Honda’s forte in the Indian market and despite this, it has always managed to do well in terms of sales. However, if it has to take on the Royal Enfield Classic 350, it has to be a bit aggressive as the Classic is the most affordable bike in its segment. We are hopeful that the upcoming Honda Cruiser will be priced under Rs 2 lakh and an introductory pricing of around Rs 1.90 lakh (ex-showroom) looks plausible.

The Honda cruiser won’t be available at all Honda dealerships across the country and will be sold via the Honda Big Wing premium dealerships that focuses on premium offerings from the Japanese brand.

Images of the Honda CB1100 EX & RS shown for representation