Honda H’Ness CB350: How Different Are Its Variants?

The Japanese retro roadster is available in two variants, and they have quite some feature differences. We decode them 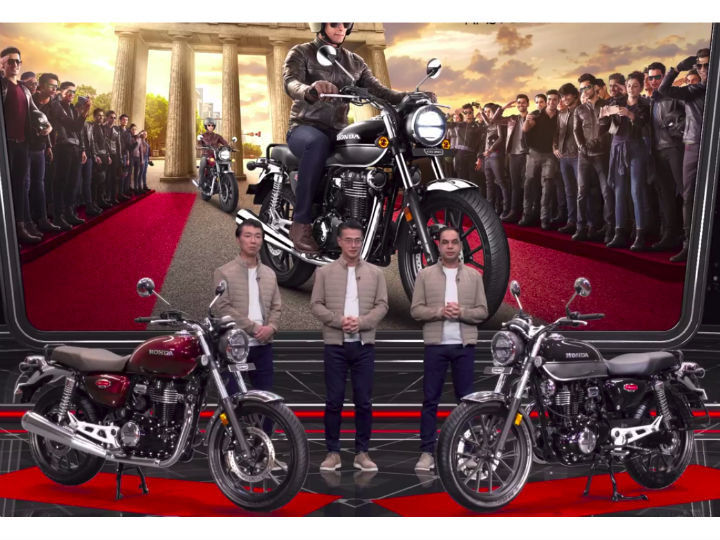 Honda has created quite the splash in the retro segment with the launch of its first classic motorcycle developed specifically for India, the Honda H’Ness CB350. Like most of its portfolio, it is available in two variants. Here’s a detailed explanation of how different the features are in DLX and DLX Pro.

The Honda H’Ness CB350 DLX Pro variant gets a more premium, retro-looking dual-tone colour scheme on the fuel tank. This variant is available in three colours: Pearl Nightstar Black with Spear Silver Metallic, Athletic Blue Metallic with Virtuous White and Matte Steel Black Metallic with Matte Massive Grey Metallic. The matte black and grey colour variant comes with a beige seat cover whereas the other two colour variants get a black one. Of these three, the blue is our favourite as it echoes the nostalgic blue and white scheme of its forefather, the Honda CB350 from 1970.

On the other hand, the base DLX variant comes only in single-tone colour schemes: Precious Red Metallic, Pearl Night Star Black and Matte Marshal Green Metallic. The black variant comes with a matching black seat cover whereas the other two variants get a beige seat cover for an authentic retro look.

Thankfully, all the variants get a properly premium 3D Honda logo on the fuel tank, chromed fenders, exhaust and highlights on the powerplant.

The biggest difference between the two variants is the smartphone-compatible instrument cluster that is exclusive to the DLX Pro variant. The instrument cluster gets bluetooth connectivity along with an integrated USB port. It uses a segment-first Honda Smartphone Voice Control system paired to the headset, using which one can issue voice commands and use features such as turn-by-turn navigation; access calls/ messages, music and even weather information. The features can be cycled via the navigation buttons on the left handlebar. It is to be noted that the headset will be sold separately. While the instrument cluster itself is extremely info-packed, the digital inset seems to be too small to view the features conveniently. For added practicality, this variant also gets a dual horn setup as opposed to the single horn in the DLX version. Also Read: Everything You Need To Know About The Honda H'Ness CB350

Other than the smartphone compatible features, the rest of the bits like side-stand engine kill function, hazard lamps, distance-to-empty readouts, average/ real-time mileage indicator, battery voltage meter, gear position indicator, engine kill switch, all-LED lighting system, Honda Selectable Torque Control (A.K.A. traction control), slip-assist clutch, alloy wheels with tubeless tyres and dual-channel ABS are all standard across both the variants. So even if you go for the base variant, you wouldn’t be missing out on features that really matter.