Should You Pick Up Honda’s Most Affordable ADV?

How does Honda's new ADV stack up against Hero MotoCorp’s tried-and-trusted formula? 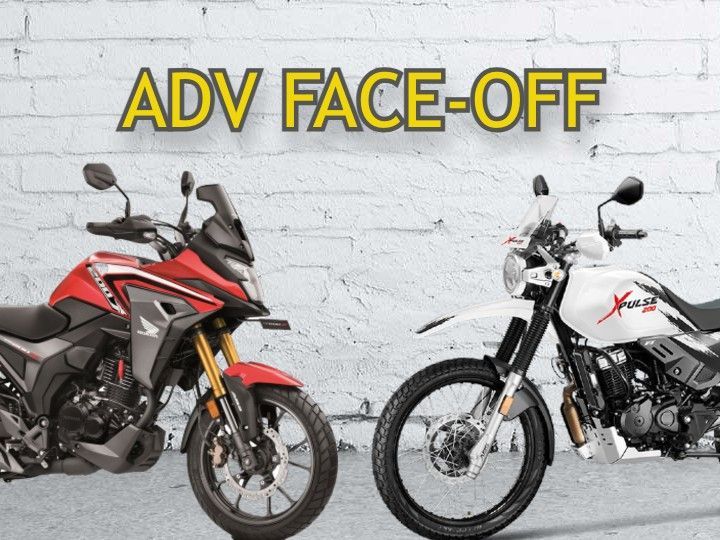 Honda laid to rest all the speculations surrounding the Hornet 2.0-based ADV today by launching the CB200X. At Rs 1,44,500 (ex-showroom Gurugram), the bike is over Rs 22,000 more expensive than the tried-and-tested Hero XPulse 200. So, what does the new Japanese ADV offer to justify the extra moolah? Let’s have a look:

Thanks to the bigger engine, the Hero XPulse 200 makes a tad more power and torque than the Honda CB200X. Though the Xpulse packs more performance than Honda’s ADV, it also has 10kg more to lug around than the CB. So, picking out a clear winner is a tough task.

The Honda CB200X and the Hero XPulse use a similar chassis and even have the same braking setup. However, it is the choice of suspension and tyres. While the Honda rides on the same USD fork and monoshock as on the Hornet 2.0, Hero has equipped the XPulse with long-travel suspension at both ends.

The choice of tyres and wheel size too play a big role in how these bikes perform. Just like the other components, the alloy wheels are from the naked sibling. However, instead of the road-biased tyres on the Hornet, the CB200X gets dual-purpose tyres. The biggest advantage of having alloy wheels is that the tyres are tubeless, unlike the XPulse 200.

The Honda CB200X, in addition to the smaller front wheel also has a smaller wheelbase which should make it easier to change directions. Additionally, being lighter and having a lower saddle height means the bike will be accessible to a lot more riders.

On the other side, the Hero XPulse 200 has proper ADV cred. Not only does it have a higher seat height of 823mm, but also an SUV-shaming ground clearance of 220mm, which makes it an ideal weapon for the trickiest of trails, and one doesn’t have to worry about scraping the bike’s belly.

Despite being over Rs 20,000 cheaper than the Honda CB200X, the Hero XPulse 200 offers LED illumination, and even a bluetooth-enabled console. The connected console features turn-by-turn navigation and call alerts. On the flipside, the Honda offers a sombre-looking LCD console.

With a price difference of Rs 22,700, the Honda CB200X certainly doesn’t have a lot to offer over the Hero XPulse 200. The latter not just comes with equipment suited for any terrain, but also boasts of features like a bluetooth-enabled console with turn-by-turn navigation. The Honda CB200X is better suited if you intend to stick to the city limits and the occasional weekend jaunts. But if you are looking for something more, why not save the extra moolah and get the XPulse 200, and maybe even equip it with the Rally Kit worth Rs 38,000 a few months later, like we did?